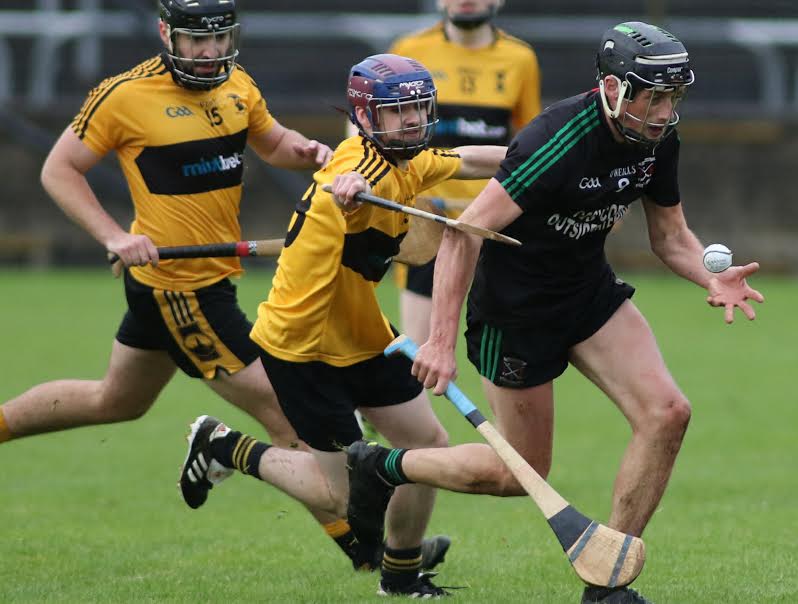 Setanta reclaimed the Munster Cup as they held off St Eunan’s in this afternoon’s Donegal senior hurling final at Sean Mac Cumhaill Park.

Colm Melaugh’s 40th minute goal and a five-star display by Declan Coulter gave Setanta the win and the silverware returns to the Cross after a nine-year absence.

Setanta, appearing in their first Donegal SHC final since 2013, switched on the afterburners when Bernard Lafferty, Mark Kane and a brace of frees by Coulter in the opening five minutes of the second half.

Coulter found his range with one whopping free from all of 80 metres and, from another long-range punt by Coulter, Setanta bagged the goal. The sliotar broke invitingly and Colm Melaugh stooped to sweep past Eunan’s goalkeeper Colm Breathnach.

Armagh native Coulter – a former Nicky Rackard All-Star winner with the Orchard – landed his fifth of the day before Eunan’s announced their return to the game when Sean McVeigh raced through the middle and blasted beyond Setanta ‘keeper Ciaran Bellew.

A splendid Conor O’Grady point brought the black and amber back to within five, but Setanta held firm and Coulter punched the air after nailing a ’65 in added time and it wasn’t long before the black and green-clad supporters were on to celebrate their hour of glory. 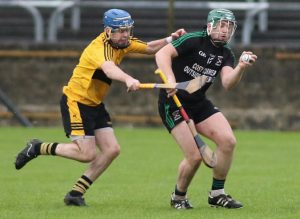 St Eunan’s, the hurling final novices, showed no stage fright or nerves in the early stages.

Kevin Meehan, who matched his semi-final tally with four first-half frees, drilled over a pair of early frees, including one massive hit from wide on the right flank, all of 60 metres from the target.

Dual star Niall O’Donnell jinked his way in for a score that showed his class and a guile that belies his tender years, dropping the shoulder to clip over a delicious point.

When Sean McVeigh made it a 0-4 to 0-1 lead after just seven minutes, St Eunan’s were flexing the muscle.

But the Letterkenny men went 17 minutes without a score and the wily Setanta led 0-7 to 0-6 at the break.

By that stage, they were perhaps a tad fortunate to still have the full compliment following an incident involving Shane Flynn in the 17th minute. With Eunan’s Sean McVeigh on the turf, Setanta replaced Flynn and Hugo Wallace, the referee, took no action and allowed the introduction of Justin McBride for the pardoned Flynn.

Kevin Campbell got the comeback started with a 50-metre free and the Setanta skipper helped himself to four frees in the opening half-an-hour. 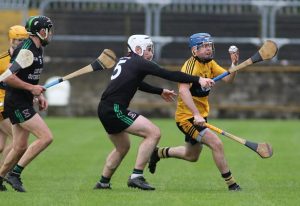 Danny Cullen, well marshalled by St Eunan’s in that first verse, wormed away for a stylish point and Coulter put the Crossroads men ahead for the first time in the 26th minute.

Although Meehan levelled, it was Setanta who had the ever-so-slight advantage at the changeover as wing-back Sean Anderson hoofed over from the stand side.

Lafferty’s goal had sealed a 1-14 to 2-7 win over Burt in the semi-final as Setanta returned to the big stage and Paul Campbell’s side showed their experience in the third quarter to point the way to glory again and leave St Eunan’s waiting to bridge the gap to 1972. 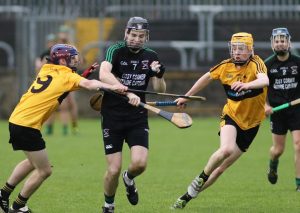