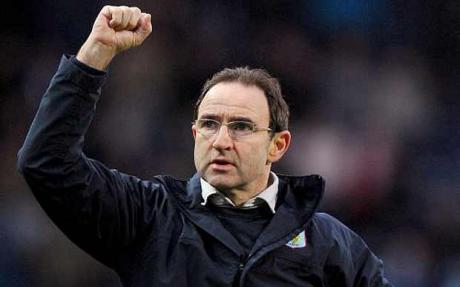 For all the talk of permutations and relying on favours, the task for the Republic of Ireland is now simple: Beat Wales tomorrow evening and a World Cup play-off spot will be theirs.

Ireland had looked set to be craning their necks at other results but, after Slovenia held Scotland to a 2-2 draw in Ljubljana, Martin O’Neill’s men can book a play-off berth with a win over Wales in Cardiff.

Daryl Murphy’s double gave Ireland a 2-0 win over Moldova on Friday night in Dublin and O’Neill will welcome James McClean and Robbie Brady from suspension for the game in Cardiff.

Ireland will seal a play-off next month should they defeat Chris Coleman’s team tomorrow evening.

Leigh Griffith put Scotland ahead only for Roman Bezjak to equalise and then put Slovenia in front.

A late Robert Snodgrass goal wasn’t enough for a comeback and the maths have been simplified somewhat from an Irish perspective.

Killybegs’ Seamus Coleman remains an absentee for Ireland as he continues his recovery from a double leg break, sustained against Wales in Dublin earlier in the year.