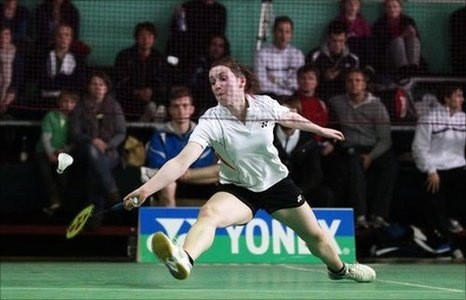 Chloe Magee misses out on quarter-final spot at Dutch Open

Chloe Magee missed out on a place in the quarter-finals of the Yonex Dutch Open last night.

The Raphoe woman, and her German companion Olga Konon were involved in a frenetic last 16 game in the women’s doubles in Almere.

However, they lost out to Japan duo Ayako Sakuramoto and Yukiko Takahata.