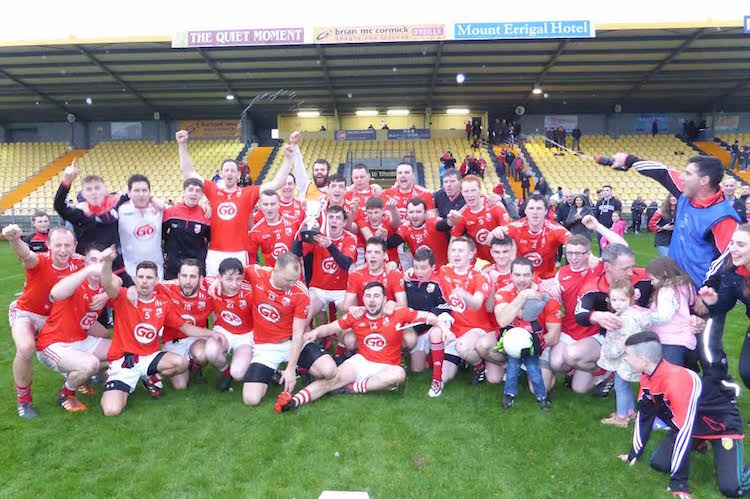 Ryan McKinley savoured the scenes around him as Naomh Colmcille won their third Junior A Championship title this afternoon.

Goals from Ryan McErlean and Matthew Crossan shot them to a 2-7 to 0-8 win over Red Hughs at O’Donnell Park.

Five up at one stage early in the second half, Naomh Colmcille wilted a little and Red Hughs stormed back, only for Crossan’s goal, after Damien Browne spurned a close-range free, to steer them away from the rocks.

“We had to ride the storm when they got their purple patch,” McKinley said.

“We stuck with it, weathered the storm and battered on at the end up. Credit to the lads, it’s a great day for us.”