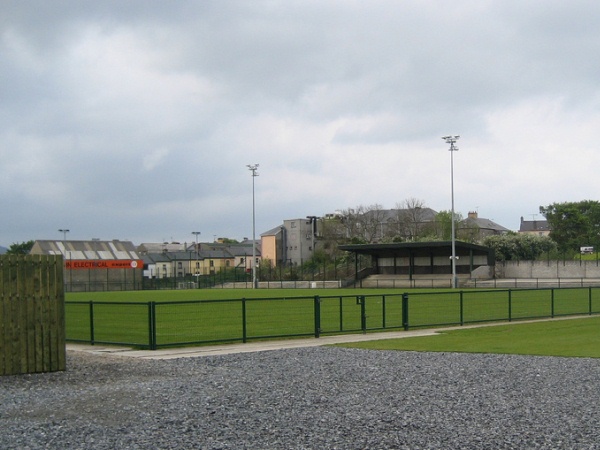 Maginn Park in Buncrana has been placed on stand-by for the rescheduled Finn Harps v Drogheda United game on Monday.

The fixture, which could be a key game in Harps’ survival bid in the Premier Division, was rained off at Finn Park last night.

Match referee Paul McLaughlin arrived to find the surface of the Ballybofey venue soaking and in a condition he felt would be a danger to the players.

The game was called off just over an hour before kick-off.

The Premier Division season ends next Friday night and the Harps-Drogheda game must be played before Friday’s series of games.

The fixture has been rescheduled for Monday night at Finn Park at 8pm.

However, Maginn Park – which has played host to Derry City’s home games this season – has now been placed on standby after liaison with the Inishowen League, in the event that Finn Park doesn’t recover in time.

Harps will be hoping that Derry City defeat Sligo Rovers tonight. If Sligo get anything from that game in the Showgrounds, Harps will be relegated.