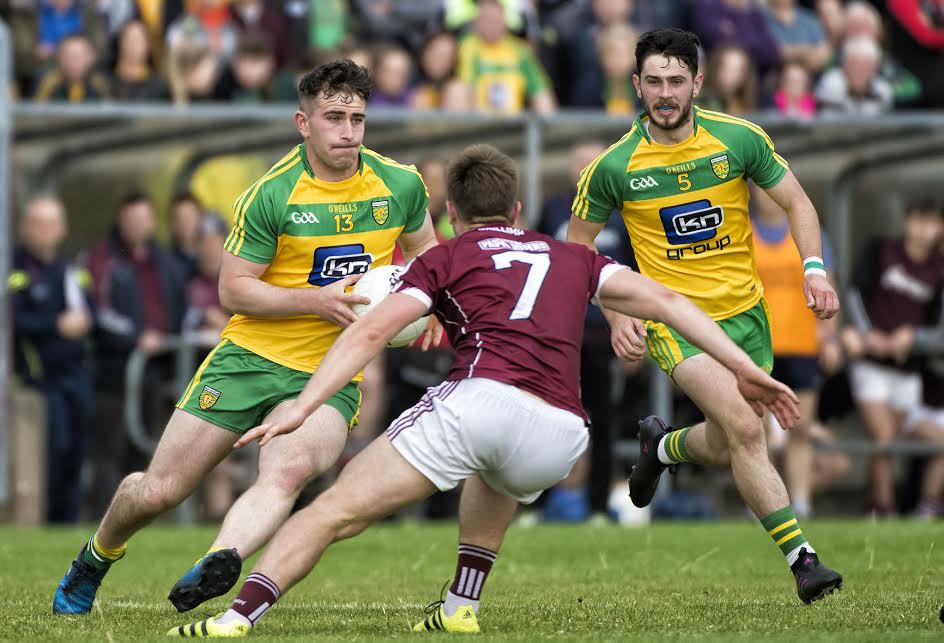 Patrick McBrearty has been confirmed as the 2017 Donegal senior footballer of the year.

Although Donegal had a disappointing year, McBrearty was one bright beacon and his performances yielded an All-Star nomination and will receive the award on Saturday-week at the Donegal GAA banquet.

The Kilcar man led the line for Donegal, although the Ulster SFC bid ended with a semi-final loss to Tyrone and the All-Ireland hopes went up in smoke following an All-Ireland qualifier hammering by Galway.

McBrearty had a superb year with his club, Kilcar, too.

He was captain as they bridged a 24-year gap to win the Donegal SFC, beating Naomh Conaill in the final.

This weekend, Ulster kingpins Slaughtneil await in an Ulster Club SFC semi-final, after the Towney men defeated Scotstown in a quarter-final.

The Gradam Sheamuis Mhic Geidigh 2017, awarded to the Player of the 2017 Donegal SFC, will be presented on Saturday week at the annual Donegal GAA banquet in the Mount Errigal Hotel.

Ulster Semi-Final – level at half time...

First home win of the season for...