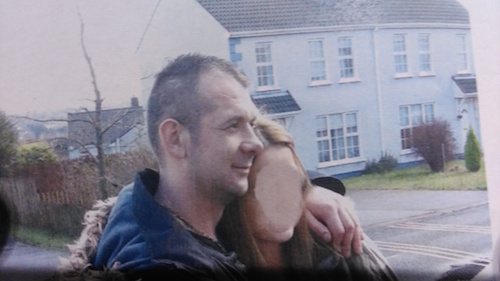 Gardai have recovered a number of items which may be linked to the murder of a man in Co Donegal.

Sebastian Adamowicz, aged 36, was found with severe head injuries at his home at 15 Sylvian Park in Letterkenny on Wednesday last, November 1st.

Detective Inspector Pat O’Donnell has confirmed that searches for the weapon in hedgerows, wheelie bins and other areas have uncovered a number of items which may be linked to the crime.

“We have recovered a number of items which may have been linked to this incident and they have all been sent off for analysis.

“Until a forensic analysis has been done on them, we cannot say if they are the object used in this attack,” he said.

Mr Adamowicz, was found at the bottom of his stairs at around 4.50pm in the afternoon and Gardai initially thought the Polish national had fallen down the stairs.

However, following a post-mortem carried out by State Pathologist Dr Marie Cassidy, a murder investigation was launched by Gardai in Letterkenny.

Gardai are now specifically targeting the Polish community for help in solving the murder.

They have produced a special appeal poster in Polish which will be placed in shops and other areas frequented by the large Polish community living in the town.

“The poster will feature a picture of Sebastian and it will be an appeal for anyway who may have information on his murder to come forward,” added Detective Inspector O’Donnell.

Gardai have also visited dozens of businesses on Letterkenny’s Main Street and recovered hundreds of hours of CCTV coverage which is being examined.

It is understood that the victim had been in the town earlier that morning before returning to his home where he suffered the fatal injuries.

Four other people living in the house, three males and a female, have been interviewed by Gardai but no arrests have yet been made in the investigation.

Inspector O’Donnell confirmed that he had spoken to the late Mr Adamowicz’s mother and family who had arrived in Ireland after their son had been injured.

Anybody with any information is asked to contact Gardai in Letterkenny on 0749167100.

Over 90 young people in crisis supported...