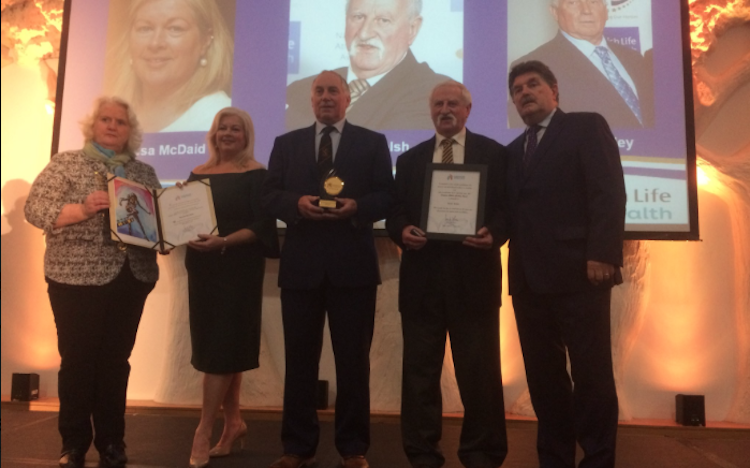 At the Irish Life Health National Athletics Awards in the Crowne Plaza Hotel, McDaid and Marley were honoured.

On a day when Rob Heffernan was named as the Irish Athlete of the Year, there was a double cause for celebration for Donegal.

McDaid, previously a Coach of the Year winner, has looked after several Irish teams of late.

Marley, meanwhile, has also been at the helm of Irish teams and was at the 1992 Olympic Games in Barcelona.

A native of Milford, he was one of the leading lights in the early years of athletics in Donegal and he is  now with Clonliffe Harriers in Dublin.