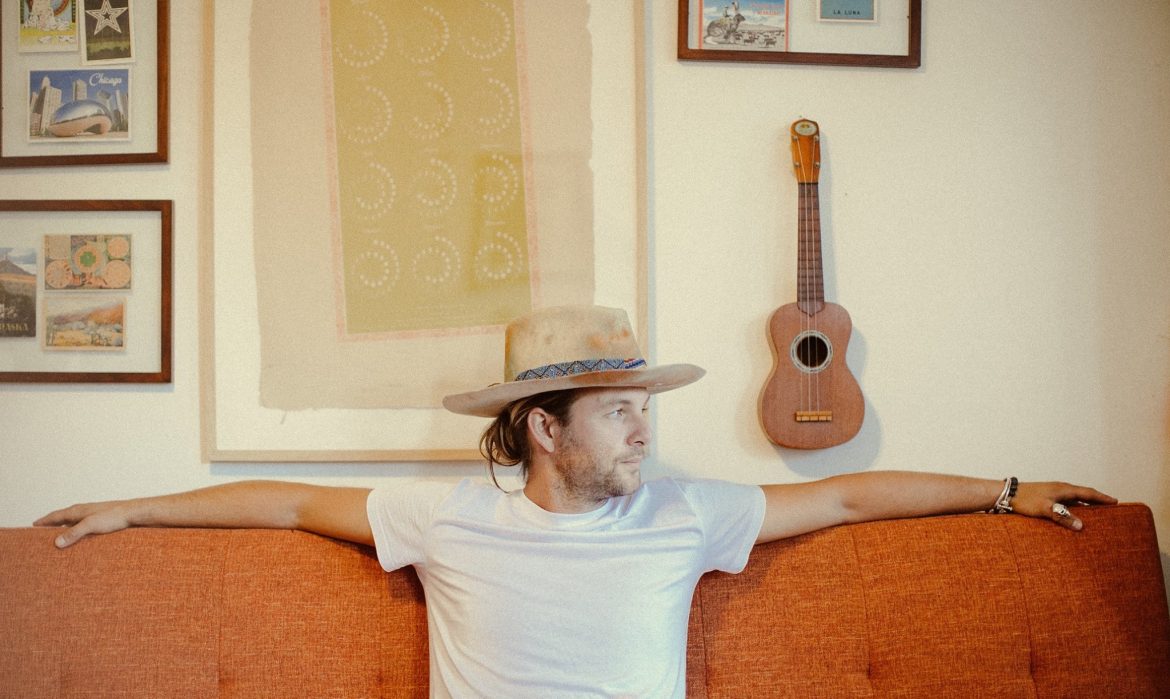 My Donegal… with singer/songwriter Keith Harkin

Keith Harkin is an LA-based singer/songwriter who now spends much of his time travelling across the US and around the world. The 31-year-old considers both Derry and Donegal his home – he was born in Derry and lived in Donegal for around 20 years.

Keith’s parents Kevin and Siobhan Harkin are handmade soap producers in Donegal. His sister Rebecca is also a musician making her name in Donegal/Derry and the USA.

In The Round – Get it now on Amazon.co.uk

This month saw the release of Keith’s new record, an intimate live album titled In the Round. The hotly anticipated CD is an experience of acoustic songs and stories from Keith and his band, filmed in an old church in California.

We caught up with the multi-genre artist on his way to a live session in New York City last week. (You can click here to watch the session from Paste Studio NYC) Keith may lead a busy life as a world-wanderer, but he was eager to give his take on his homeplace in this My Donegal.

This is Keith Harkin’s Donegal…

What is your favourite place in Donegal and why?
To me, it is Biddy’s Gap (Barnesmore) on the way to Ballybofey. When I drive through the big valley now I remember going on my summer holidays to Sligo. It is just beautiful, with the amazing scenery and waterfalls and I still love it when I’m travelling through to go surfing.

If you could change one thing about Donegal what would it be?
If you changed anything in Donegal it would lose its charm. I know everyone talks about the weather, but from travelling all over the world I know that if Donegal had good weather all the time the beaches would be packed, the coasts would be covered with houses and it would be crowded. Donegal is perfect the way it is.

Who is the one person in Donegal that you look up to and why?
My wee sister Rebecca. I know how hard it is being in the business we’re in and she is doing the same thing and creating her own business.

I respect young people in general who do their own thing and make things happen for themselves. They are the ones that keep the Donegal flag flying.

What has been Donegal’s proudest moment in recent years?
National Geographic making Donegal the number one tourist destination in 2018. From travelling and seeing all around me, I see that if people utilise what we have and our natural resources for things like hiking, fishing then we really have it all.

It’s absolutely stunning in Donegal and the fact the National Geographic is telling the world about all the beautiful places to go it gives Donegal the best opportunities for tourism and jobs.

What has been the biggest compliment you’ve ever received?
For me, it’s nice to hear from people and musicians who are doing very well complimenting my work.My buddy Jack Tempchin, who is known as The Eagles’ songwriter just called me up the other day and said ‘I’ve listening to your album on the road and I love your record’.

Billy Ray Cyrus gave me massive shoutout as well when he asked me to cover Achy Breaky Heart for his anniversary record.

I’ve become good friends with Jane Seymour and I played at her gala in LA. I played at the Monaco Grand Prix this year too – the Prince and Princess of Monaco were on the same boat we were on, it was a great big session, like something you would go to in the Drift Inn.

What is your favourite Donegal-made product?
My mum and dad’s soap! If they made Guinness in Donegal it would be number two. Even though it’s made in Dublin, I’m sure Guinness tastes better in Donegal.

Who is your favourite Donegal sportsperson of all time?
Let’s say the whole Burt GAA team

What is your favourite Donegal restaurant?
The Drift Inn, Buncrana

What would you do on your ideal day in Donegal?
I would head out on the boat and do a load of fishing out at Dunree, then stop in at the Drift Inn for a pint, go home and maybe I would have gone to the 19th Hole for a few pints in the evening. That’s a good day, fishing and drinking Guinness.

What is your favourite Donegal saying or expression?
‘Beat it intae ye!’

What is your favourite Donegal food?
Fish and chip, and maybe a bit of the Donegal fruity curry. You don’t get that anywhere else.

Do you spend Christmas in Donegal, and if so, how do you do it?
Normally I do be home for Christmas, this is only my second Christmas away from home because I’m touring right up to Christmas Eve. Christmas Day is about being in my house with all the family. We get up on Christmas morning and go visiting to give presents to the kids in Derry and Donegal. We go home like everyone else and eat too much food, watch TV and sleep.

On Boxing Day we’d normally go for a morning walk or a big hike. Then in the evening we go to the pub or somewhere local, bring few guitars and have a good session.

Do you have a favourite local band?
There are so many I love. There’s a band I used to play in called Ard Ri. They’re all friends of mine, they’re a good bunch of lads and the music is great. There are so many others I like, I don’t want to insult anyone!

If you had a million euro to improve something in Donegal what would it be?
I would improve the public transportation in Donegal. I created a Facebook page a long time ago calling for a motorway from Donegal to Derry, Dublin or anywhere. It’s so hard to get to Derry from Donegal and it stops people travelling for work and college. I think good transport will create a lot of jobs.

What has been the most exciting moment of your career so far?
This year when I played at the Monaco Grand Prix. I was sitting in the back of this superyacht with a helicopter above my head. Our boat was right across from the race track and a red carpet was laid out for the Prince and Princess of Monaco. I was playing songs I’ve played in pubs in Derry and Donegal my whole life. I remember standing there and thinking: ‘This is absolutely mental’.

Is there anything about Donegal that you are very proud of?
I’m so proud of Donegal in general. I tell everyone about it all the time, everybody asks me where to go in Ireland and I say go see Donegal. The people in Donegal make it great. Everybody gets the craic.

Pick up the new album here:

Would you like to take part in the next My Donegal? Email info@donegaldaily.com