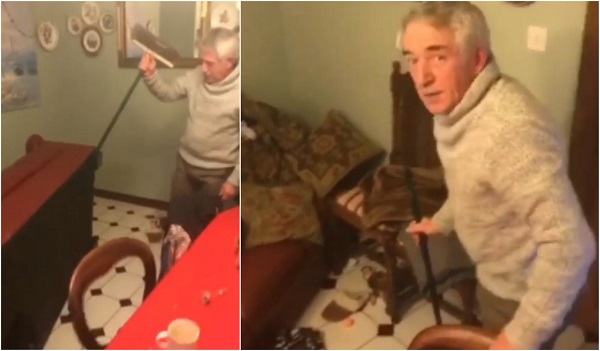 The Kerry family whose hilarious run-in with a bat last year went viral is back again – this time with another home intruder!

Tadhg and dad Derry were back in action yesterday as they attempted to coax a mouse out of their house.

“Derry quick there’s another animal!” Tadgh shouted from the edge of the bathtub after discovering a mouse in the bathroom.

Luckily they managed to evict the mouse with the help of a pair of shorts, but not before turning the house upside down!

“We’re gonna have to start locking the doors and windows,” Tadhg says.

You can watch their encounter below: