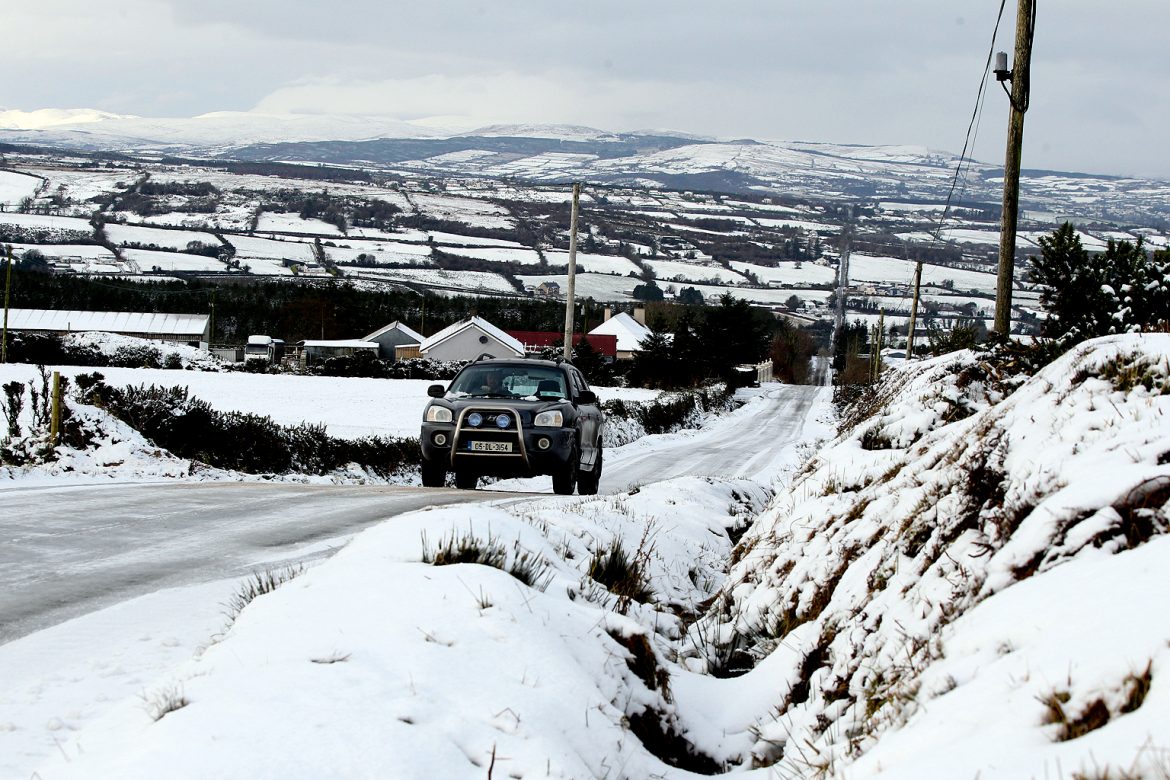 Don’t even think of putting away those hats and scarves and taking off the snow-tyres just yet.

Donegal is set to suffer the worst of the winter weather until at least Monday.

That’s the message from Met Eireann.

They say that while rain and sleet will prevail across the county today, dipping temperatures overnight will bring more snow to many parts of Donegal.

And those chilling temperatures will last until at least Saturday.

All main roads in Donegal are passable with Donegal County Council sending out all the gritter crews.

However, while many secondary roads are clearing, drivers are advised to take care.

It will feel milder on Sunday with temperatures jumping to between 8C and 11C.

Meanwhile, the AA Roadwatch are asking drivers to slow down and increase stopping distances in areas of ice and frost.

Conor Faughnan, AA director of consumer affairs said he urged caution for all road users, including pedestrians at risk on icy pavements.

“We won’t know what caused these crashes for some time but we must remind drivers in these conditions to slow down and increase their stopping distances.

“Black ice is a real danger. It isn’t visible to the eye, so if you’re driving too fast for the road conditions, you could skid out of control.”

Mr Faughnan called on motorway users to drive well below the 120kmh maximum speed limit and said it was vital for drivers to increase stopping distances.