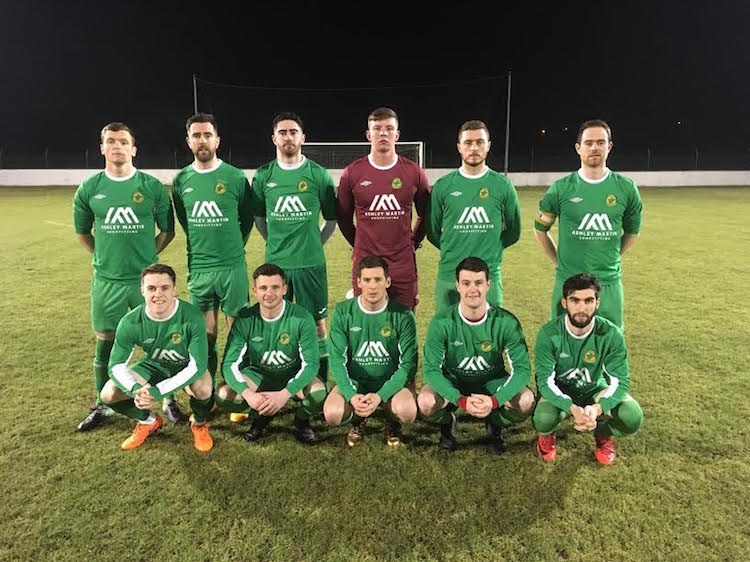 Inishowen League advances with ease to the next round of the Oscar Traynor Trophy after a big win over Donegal League at Carrickboyle tonight.

By Charlie Collins at Carrickboyle

The game was moved to Gweedore United’s home after a pitch inspection deemed the New Camp Complex in Killygordon unplayable this morning.

Inishowen won the first leg 2-0 at Culdaff and were in no mood to leave this one in question.

Inishowen took the lead in the 12th minute after a superb through ball from Benny McLaughlin put Henry in and the Greencastle man beat Donegal ‘keeper Joe Coll with a fine lob.

Donegal responded well and Caolan McDaid drove wide while Ryan Shields’ fine attempt to connect to a Benny McLaughlin corner with a diving header were in vain.

Inishowen goalkeeper Dylan Doherty did well to beat away a McDaid free and Shields’ follow-up was also beaten away by the visitors’ number 1. 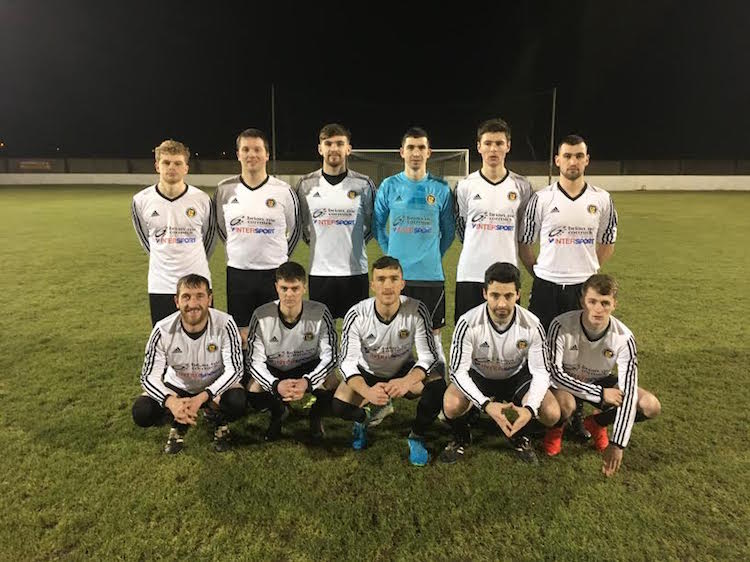 Henry fired a warning shot across the Donegal brow soon after, but his low shot, after McLaughlin and McDaid worked a short corner, came off the outside of the post.

Inishowen had the spadework done and they finished with the flourish, with McLaughlin sliding in to turn home from Dillon Ruddy’s cross on 76 minutes while Barrow blasted to the roof of the net after being teed up by Adam Byrne’s excellent pass.

Inishowen romp to win over Donegal to advance in Oscar Traynor Trophy was last modified: January 20th, 2018 by Chris McNulty