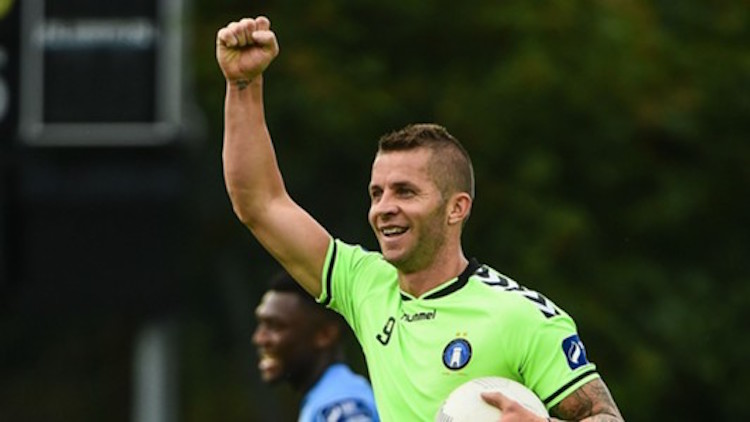 Finn Harps have confirmed the signing of striker John O’Flynn.

The Cobh native was with Limerick last season and also had a couple of spells with Cork City. The experienced front man also played cross-channel with Barnet and Exeter City.

Harps manager Ollie Horgan is hoping that the addition of O’Flynn will give the team a significant boost ahead of the 2018 season.

“It’s good for us to get a striker of John’s quality and experience on board,” Horgan said.

“He has done it at the highest level in the League of Ireland with Cork City and was with Limerick with in the Premier in the last two seasons. John also did well in his two spells in England so we’re hoping now that he can do a job for us up front in the First Division.”