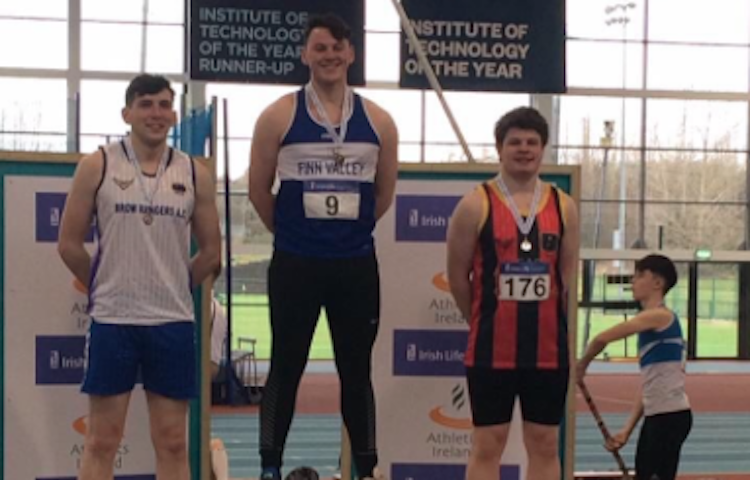 Seventh heaven for Donegal athletes at Junior and U23 Championships

Seven Donegal athletes returned from the Irish Life Health Junior and U23 Indoor Championships in Athlone with medals today.

Rising shot putt ace James Kelly soared to victory in the Junior event, the St Johnston man reaching out to 16.58m. He was a full four metres ahead of his next competitor, Jack Ryan, who threw out to 12.79m.

His older brother John won the U23 shot putt title as he landed at 16.46m, also four metres ahead of the man in second place, John Joe Kelly of Brow Rangers.

McKinley took gold in the junior men’s 1500m in 4:10.78, beating off Tullamore’s Aaron Mangan into second.

In the junior women’s shot putt, McDyre picked up a silver medal. Her best effort was 10.02m with St Abban’s athlete Nicole Kehoe-Dowling taking gold with a 11.40m throw.

Shane Irwin from Finn Valley landed silver in the U23 400m, pipped to the gold by Blarney-Inniscara’a Brandon Arrey.

Roses AC’s McFadden won bronze in the junior women’s triple jump on a day when her best effort was 10.94m.