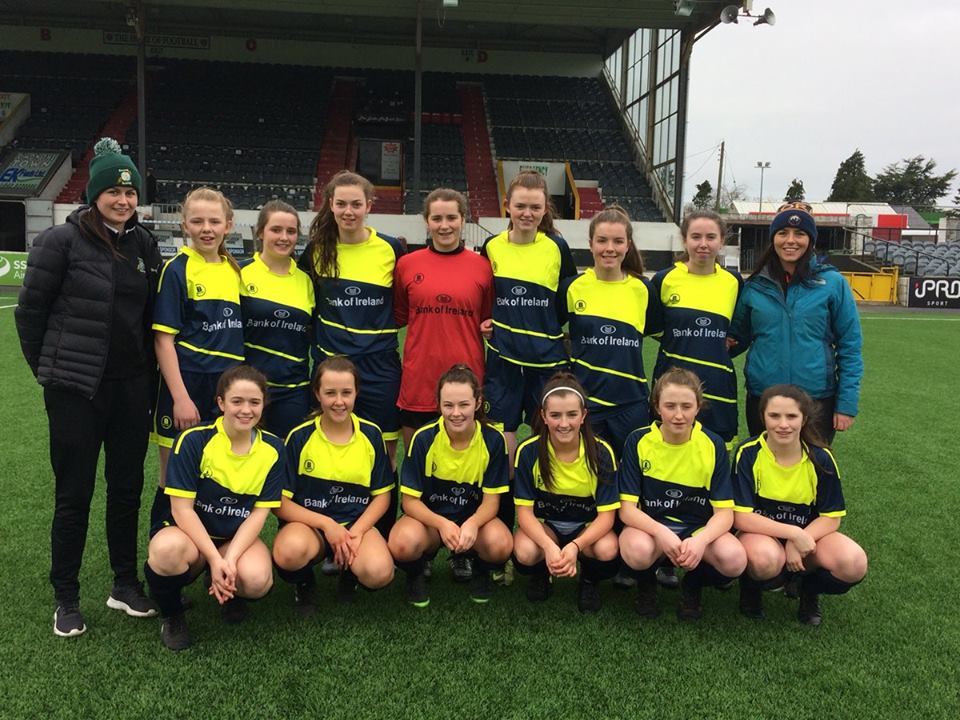 Moville Community College are into the final of the FAI Schools Senior Girls National Cup after a gripping semi-final win in Dundalk.

At Oriel Park, the Inishowen school went three-nil up before Coláiste Bríde hit back with a brace in the second half to set up a nervy finale.

Branagh McGuinness hammered Moville into the lead with a neat goal in the 15th minute.

Brown hit the crossbar soon after with Moville rampant.

Clodagh Skelly, the Moville goalkeeper, did well to save from Louise Butler and late in the first half Megan Havlin added a third for Moville.

They almost made it four, but Grainne McCabe superbly thwarted Erin Coyle.

Early in the second half, Aideen Bryne reduced the arrears and Sarah Figgis made Moville sweat when she fired home on 72 minutes.