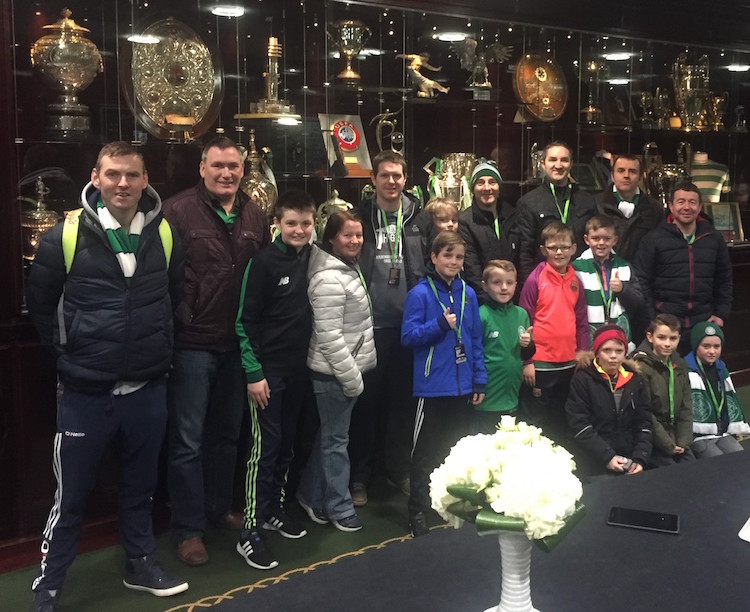 Ballyraine FC players were on international duty last weekend when they made their annual trip to Celtic Park in Glasgow, Scotland.

Players, parents and coaches from the club enjoyed an action-packed weekend of football, fun and even had time for some last-minute shopping.  It was a double celebration for the club with vice chairman Enda Nicholls (affectionately known as Big Sam) celebrating his 50th birthday on the trip.

What has now become an annual trip to Parkhead, the young footballers from Ballyraine FC left Letterkenny at 4am on Saturday morning.

They travelled by bus and boat to attend the Celtic versus Hibernian FC game on Saturday at 3pm.  John Joe Boyce of Boyce Travel was the man responsible for driving the bus under the watchful eye of tour coordinator Donnie McIntyre and Enda Nicholls of Arena 7.

The traveling contingent were delighted to witness the Celtic team hold on for a 1-0 win over a well organised Hibernian side, managed by former Celtic manager and Northern Ireland International Neil Lennon.

The Ballyraine players were in fine singing form joining in with the now famous Green Brigade with the usual rendition of Celtic songs throughout the match.  After the match the traveling party retired to a local hotel for some well-earned rest after a long and eventful day.

Up early the next morning they returned to Celtic Park for the stadium tour.  These aspiring young footballers learned all about the strong Irish heritage and the 125-year history of this great club.

After watching short video on the history of the club in the press room, the party visited the home dressing room, pitch side benches and the trophy room.  Tour guide Frank did an excellent job providing all the facts, figures and endless stories of this great club.

After a few hours shopping in Glasgow City Centre, the Ballyraine party started the long journey back to the hills of Donegal, arriving back in Letterkenny at 9pm.  Into bed, a good night’s sleep and back to school on Monday morning to tell their friends about their weekend adventure.

Ballyraine FC would like to thank Enda Nicholls from Arena 7 and Denis O’Donnell from the Donegal Association of the Celtic Supporters Club for organising the tour.

A big thank you to John Joe Boyce and Donnie McIntyre who ensured the players, parents and coaches were transported safely throughout the few days. 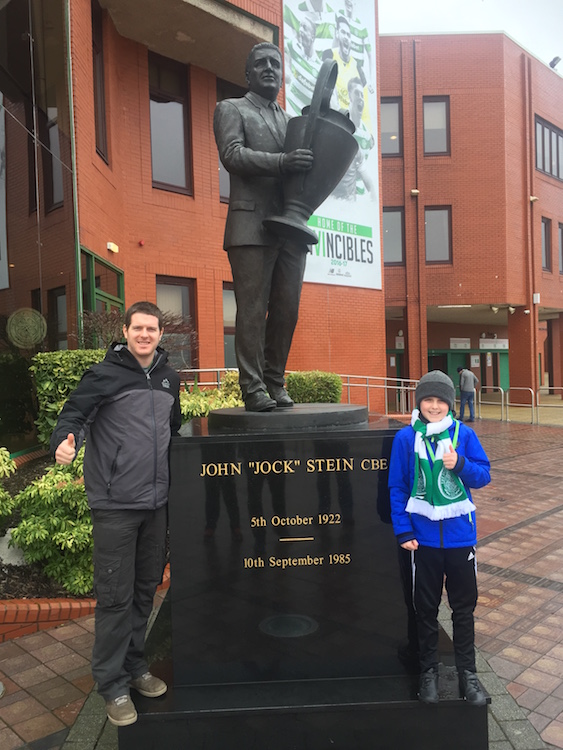 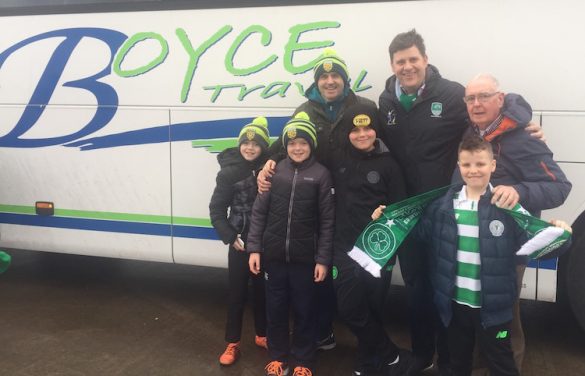 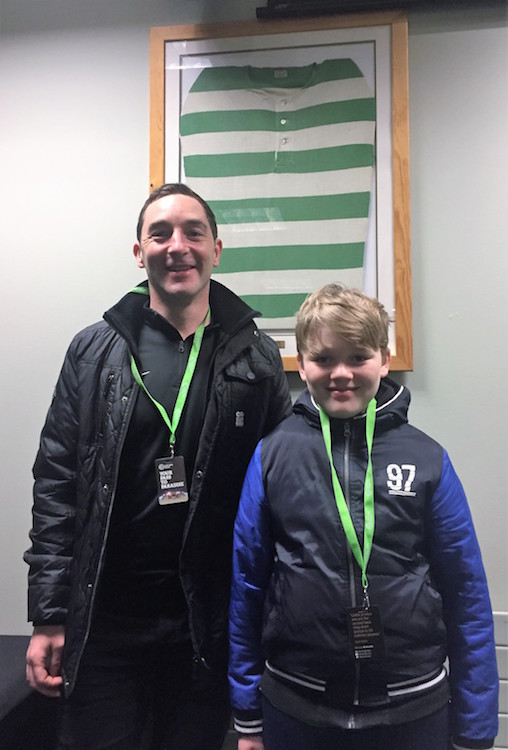 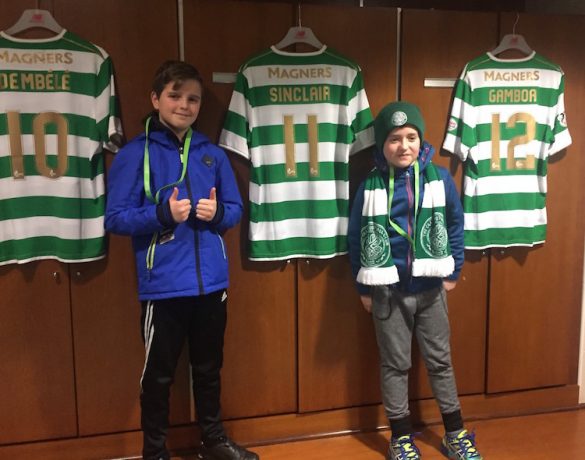 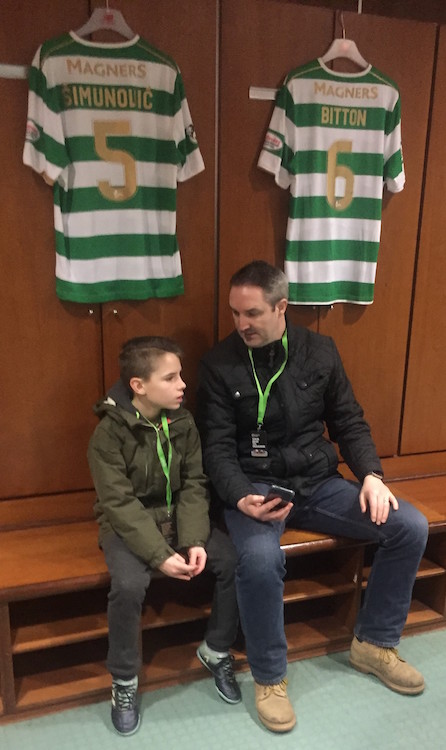 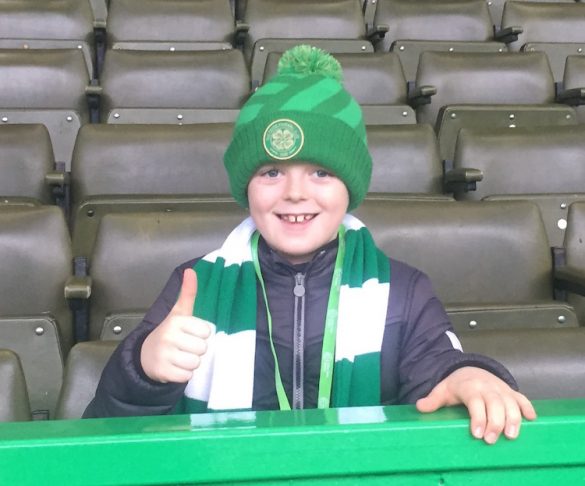 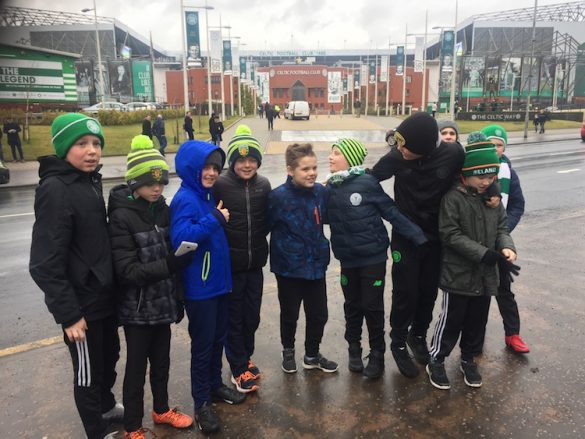 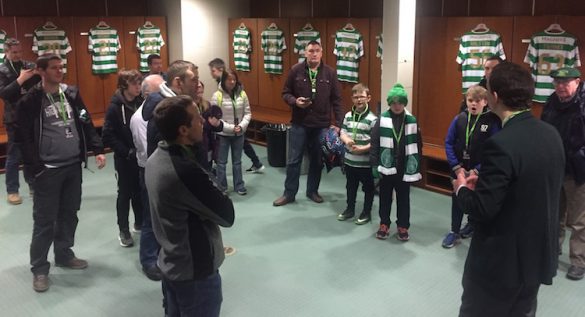 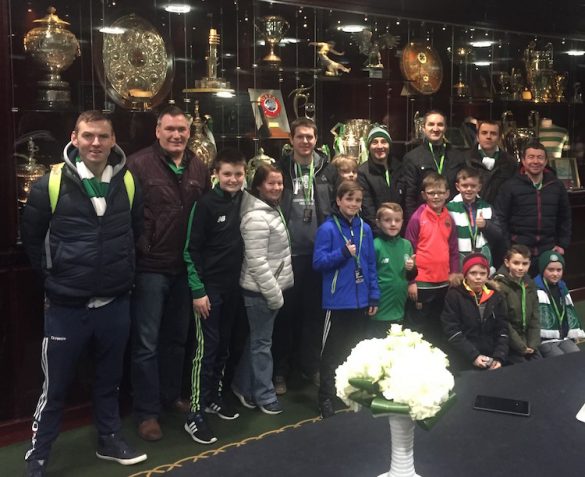 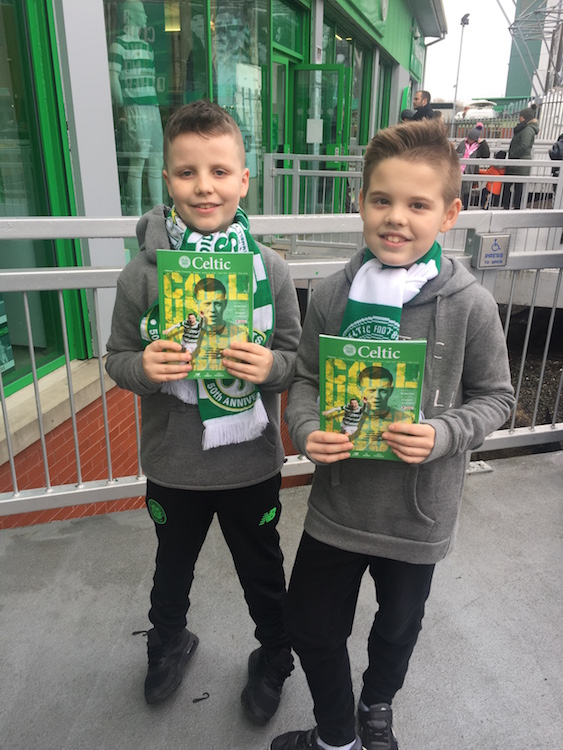 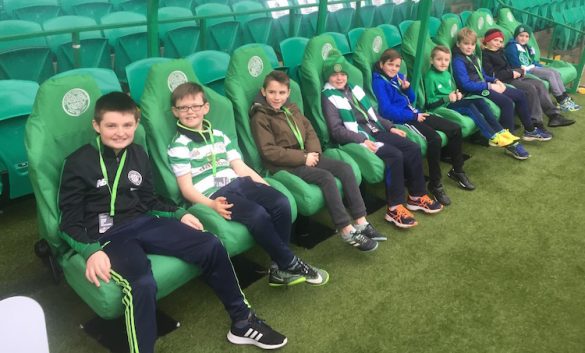 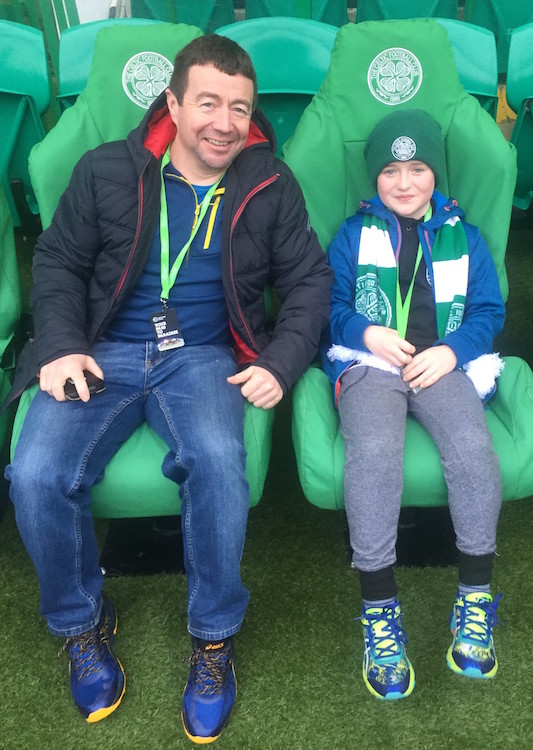 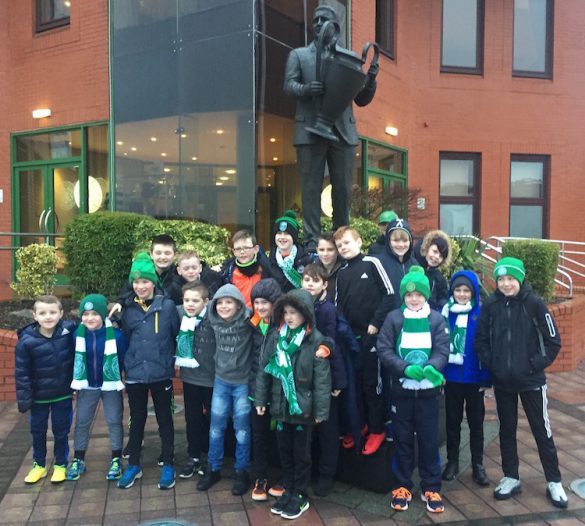 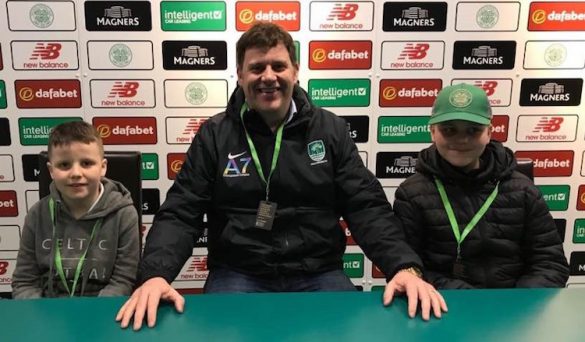 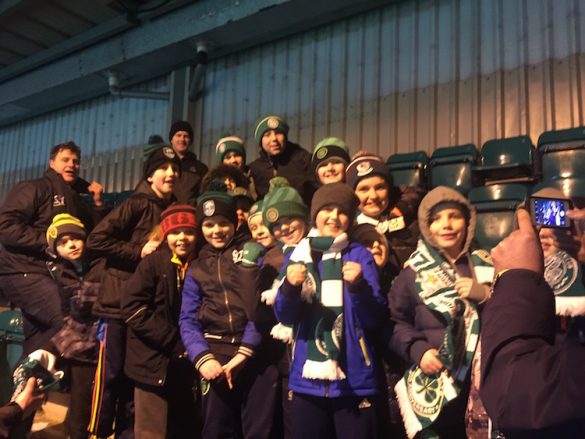 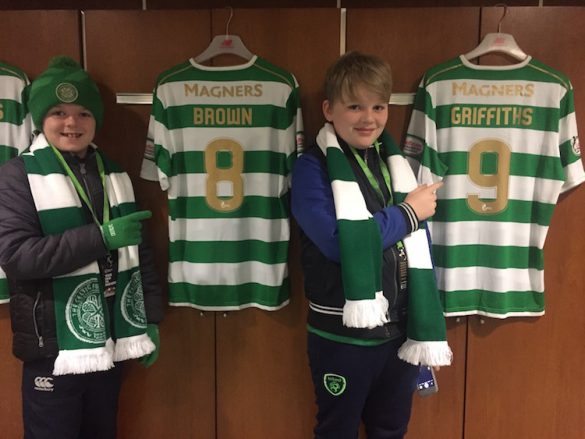