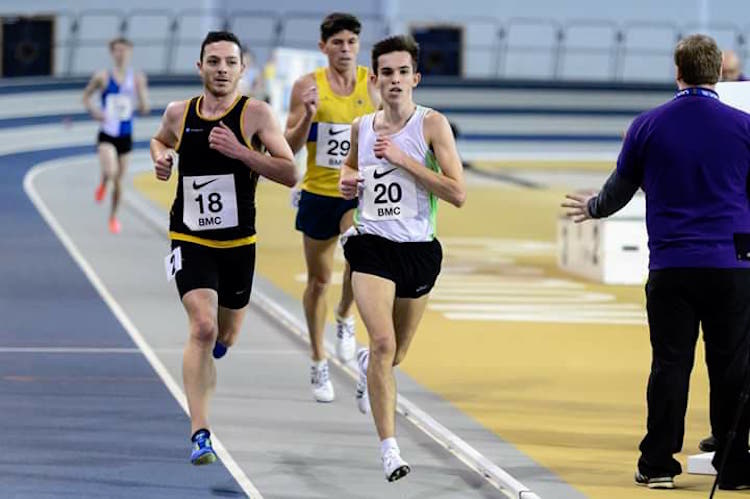 Danny Mooney showed his class with a superb 1500m victory at the Irish Life Health AAI Indoor Games at The National Indoor Arena in Abbotstown.

A scintillating finish saw Danny leave all his rivals trailing in his wake. His time was 3.51.71 and his nearest 2 challengers were both from Ennis Track Club, Damien Landers and Rory Chesser.

Nakita Burke’s rich vein of form continued on Saturday when she was the first woman in the Omagh CBS 5K. Nakita had a superb time of 17.36. She was also the 2nd overall finisher, with Martin Cox being the only runner ahead of her.

In Saturday’s Letterkenny parkrun, Donal Farren joined Paul Toner, Sean McFadden, Nakita Burke, Jack Holian, Barry Meehan and Martin Gormley as LAC winners of the event. Donal also had the distinction of recording the fastest ever time out of all 105 of the Letterkenny parkruns to date. His time was 17.10.

In the Glenmore 10K in Ballybofey on Sunday, Natasha Adams made a highly successful return to racing after a long spell out due to injury. She recorded an excellent time of 58.42 to finish as 2nd woman and 5th overall. The winner was City of Derry’s Greg Roberts in 53.22 and Teresa Doherty’s time of 57.49 gave her 1st place in the women’s race. Sean McFadden showed why he’s regarded as an endurance specialist when he completed his 3rd run of the weekend in 60.11. Patrick Brennan continued his good form and clocked 1.03.19. Liam Doherty made a good comeback to racing and came home in 1.05.54. John Hughes clocked 1.09.40 and Adrian Callaghan 1.10.01. Kevin Kiely was the 2nd M60 runner  in 1.12.01. Paul Lee’s time was 1.12.28.

Earlier in the week, in the Garda/PSNI National Cross Country Championships in Dublin’s  Phoenix Park, Michael Galvin was the 4th counter on the  Northern Region’s team, which  finished 2nd. They were beaten by Garda Training College by just 3 points. The 10K was run in tough conditions.