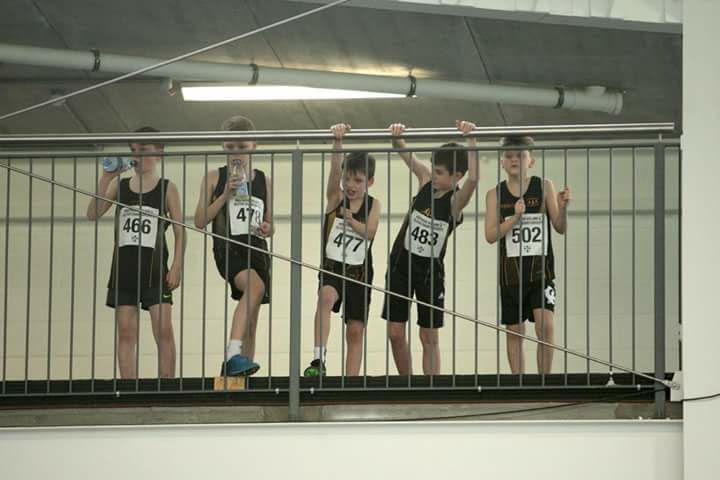 Picture special: Weekend of success at Ulsters for LAC juveniles

Letterkenny AC had a number of Juveniles competing in the Ulster Indoor Track & Field held over two days in the Indoor Arena in Athlone.

Overall the athletes came home with Individual Gold, 5 Silver ,2 Bronze and Team Gold, Silver and Bronze in Relay Races. Great performances from everyone in both  the running and field events and some PB’s were recorded over the weekend.

Day 1 started well with Elvis Okoh taking Gold in the U14 60m with a time of 8.26. And his talent continued later in the Day where he won Silver in U14 Long Jump with a super Jump of 4.51.Emma Gribben had a fantastic Result in the U14 High Jump with a 1.38 result and taking home Silver.

Day 2 started well with Michaela Galvin competing in the U15 Long Jump  where she performed well with an impressive  jump of 4.30 taking a Silver Medal. Michaela also competed in the U15 60m, qualifying for final and finished well.

Peadar Breslin was on a winning roll on Sunday, firstly competing in the U 13 High Jump and won Bronze, followed later in the U 13 Long Jump, had a super jump of 3.70 , taking home another Bronze. Peadar finished off the day with Gold, part of the Winning U 13 Relay Team.

Mollie Page ran in the U17 1500 m Race , combined with The U 18 /U 19 Girls. Mollie had a good Strong Performance ,taking home Silver.Mollie also competed in the 800 m race and finished 5th place.

David Smith had a super race in the U 17 800 m Race. It was a head to head battle between David and Mathew Wilis, both running strong with David Taking home silver.

Evan Keown ran in the U15 800m Race, running very strong and kept good pace, just missing  out on an individual medal taking 4th, but qualify for the All-Irelands in March.

There were some other outstanding performances from a number of athletes who competed over the weekend. Emma Price who was 1st in the u 14 60m heat, making it to the final and finished well. Chloe Shiels competed in the U 15 800m  and  ran very strong, keeping good pace and  finished in 6th overall. Ryan Bradley was 3rd in the u14 60m Heat.

Fareedat Basharu finished 2nd in her u 60m heat, but unfortunately didn’t compete in final due to injury. Mark Galvin finished 2nd in the U 12 600m and made it to the Final. The U13 Girls Relay Team came 4th overall. Philip McGee, Noah du ples sis,Charlie’s Robinson and Jack Price all ran well ran in the u 12 600m race.

Eoghan Farren and Peadar Breslin enjoyed their first time competing in shot putt and showed great promise.young Lucy Toner enjoyed her first experience competing at the indoors and ran well in the u 12 60m Sprint. 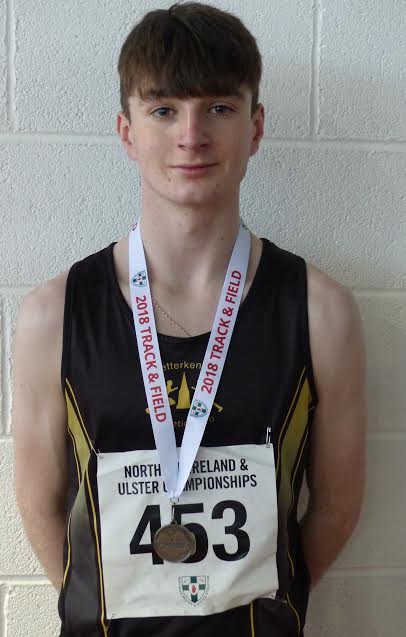 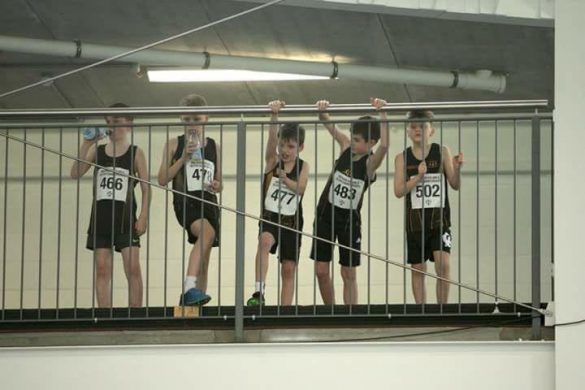 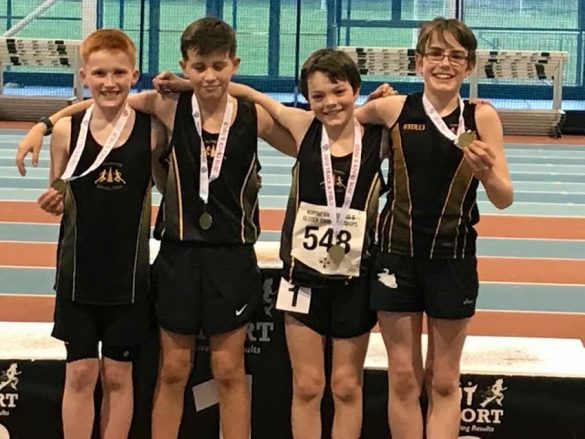 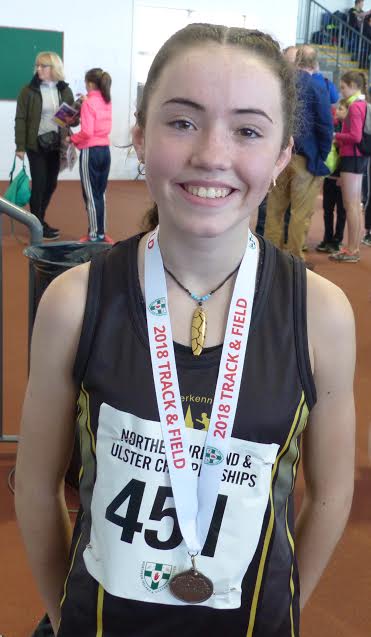 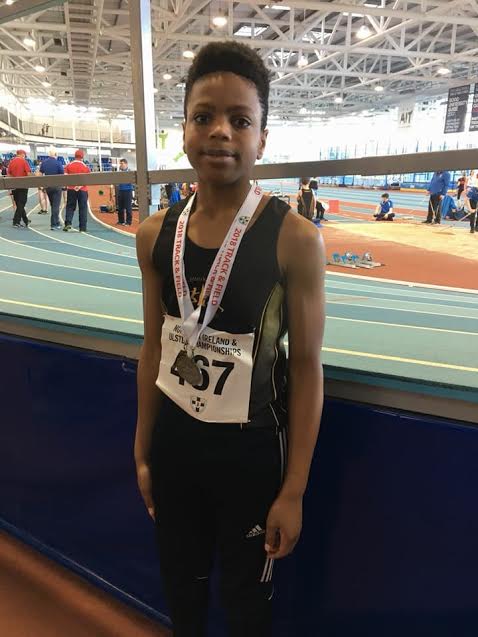 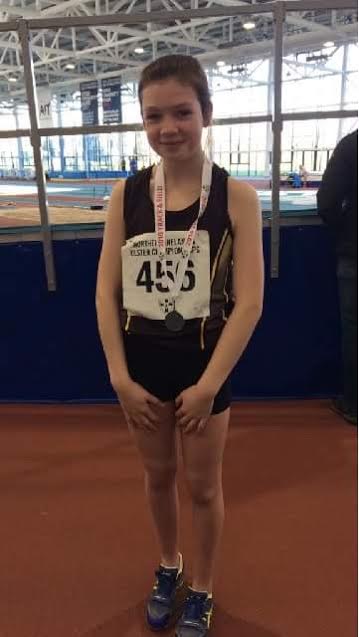 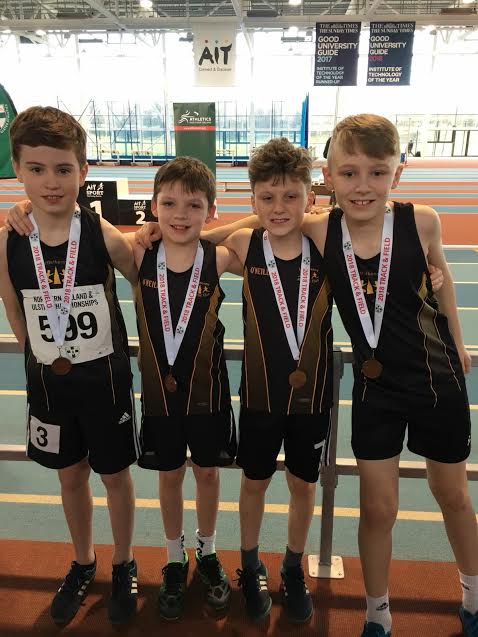 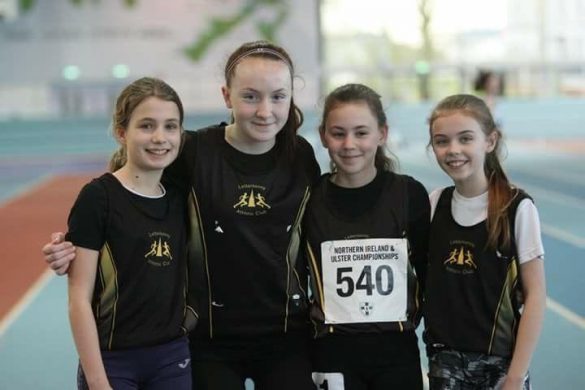 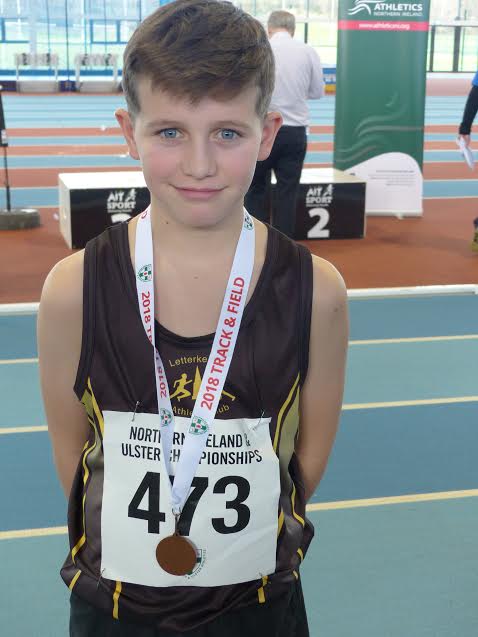