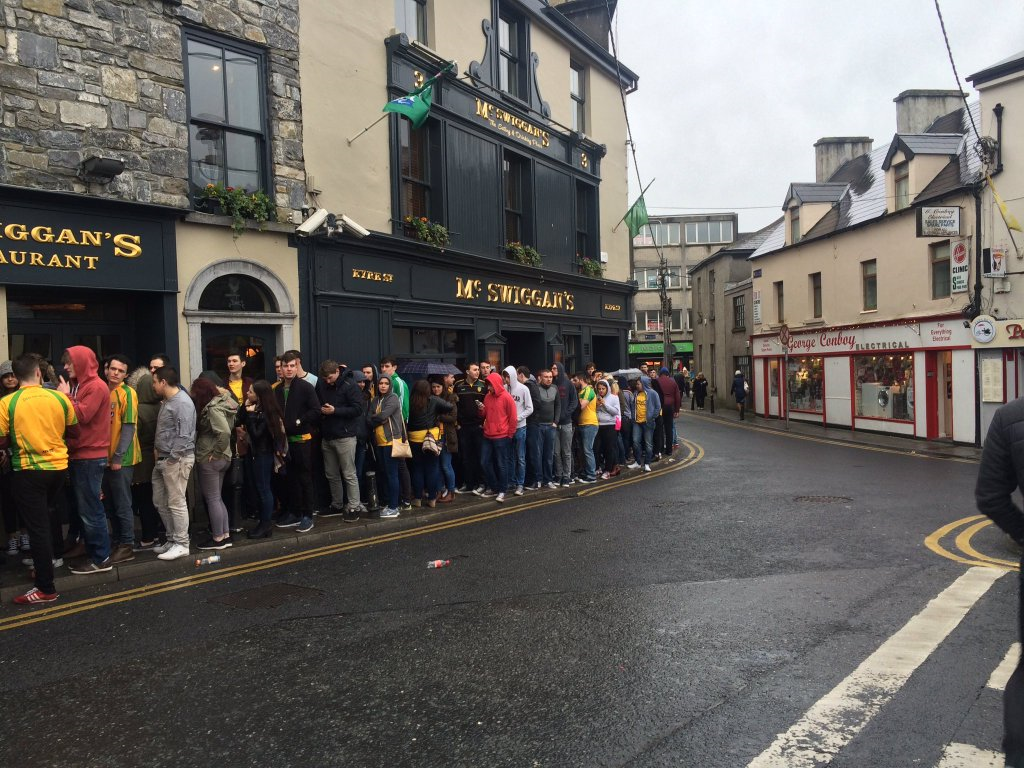 8 tweets that capture the essence of Donegal Tuesday

Donegal Tuesday is currently being celebrated in Galway with hundreds of students sporting their Donegal GAA jerseys for one of the most highly anticipated events on the college calendar.

RAG Week session Donegal Tuesday is basically a national holiday at this stage, as hundreds make the pilgrimage west to the Hole in the Wall pub where the queue began forming at 9 this morning in freezing temperatures!

Quay’s Bar in Galway is hosting a ‘County Colours’ night tonight, but let’s face it, there’s only one jersey to be worn in Galway tonight.

I was stood at at atm in Galway today listening to two students compare broke stories. One had his Donegal jersey on for #DonegalTuesday and they laughed as the atm gave them nothing. Oh the good old days at @nuigalway

Like, I don’t want to boast, but every tuesday in donegal is just like this. #DonegalTuesday #Galway #Swans