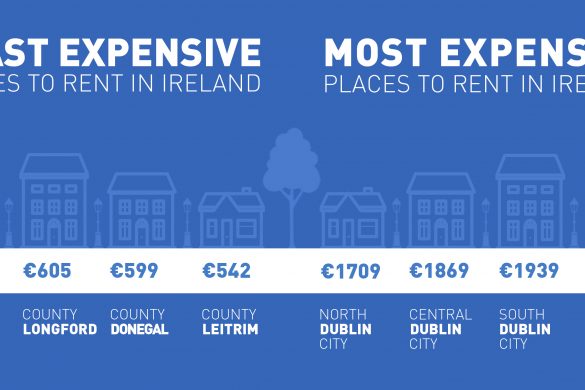 Donegal has had the smallest increase in rents in the country in 2017, according to the latest Daft.ie Rental Report for 2017.

The county has been listed as one of the least expensive places to rent in Ireland, with average rent prices at €599 in the final three months of 2017.

Rents rose by 3.9% in the year, which is ‘by far’ the smallest in Ireland.

The report gives a snapshot of the average monthly rents in Donegal in Q4 of 2017:

Nationally, the rental market is impacted by an underlying urban pull, according to Economist Ronan Lyons.

The report forecasts a drop in people living in rural areas in decades to come. More people are moving to urban areas each year. In the context of Ireland’s forthcoming National Planning Framework – dubbed “Ireland 2040” – Lyons estimates that urban areas will grow by something like 2% a year, while rural areas will see their populations shrink by 1.5% a year.