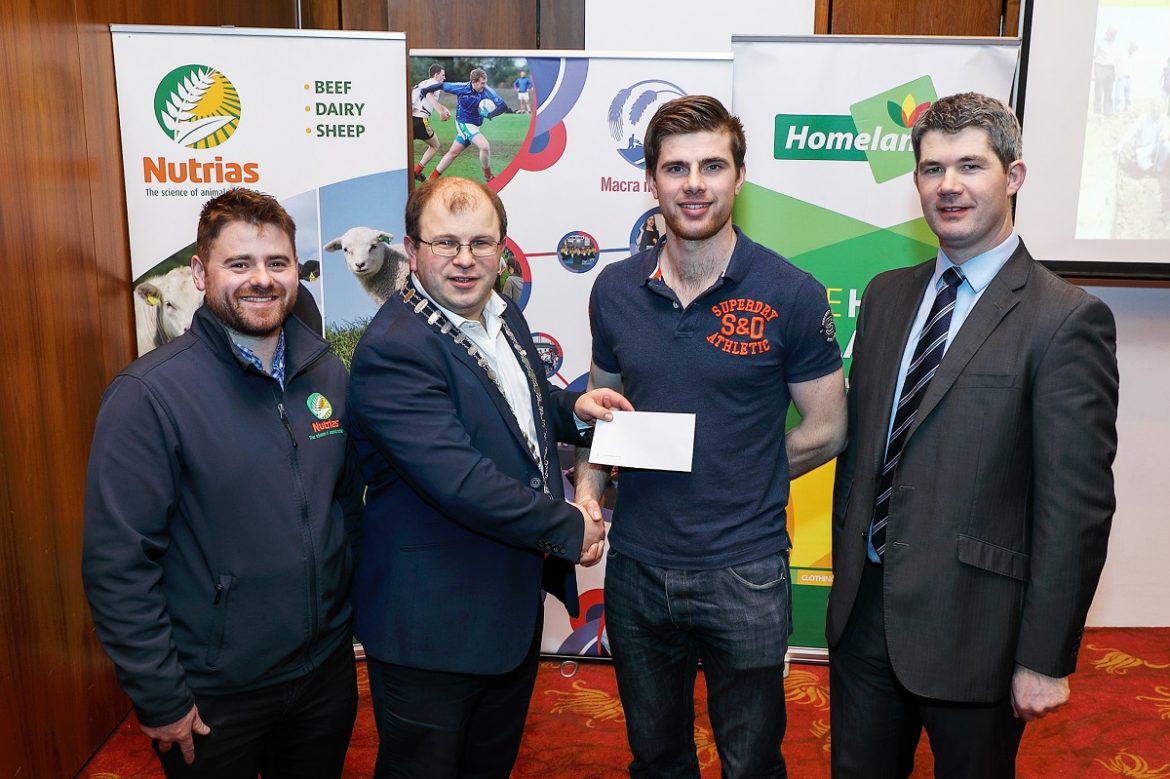 A young Donegal farmer has placed in the Top 3 of a Macra na Feirme silage competition in association with Aurivo Co Op and their Nutrias brand of animal feeds.

Matthew Lecky from Donegal came second in the competition which was open to young farmer members in County Donegal and across the region.

Sample bags were distributed through the Macra na Feirme young farmer development groups throughout the Winter.

Samples were tested by Aurivo in their testing laboratory. Entrants were then contacted by Aurivo farm commercial specialists / nutritionists with their results. Entrants received animal nutrition advice on receipt of the results.