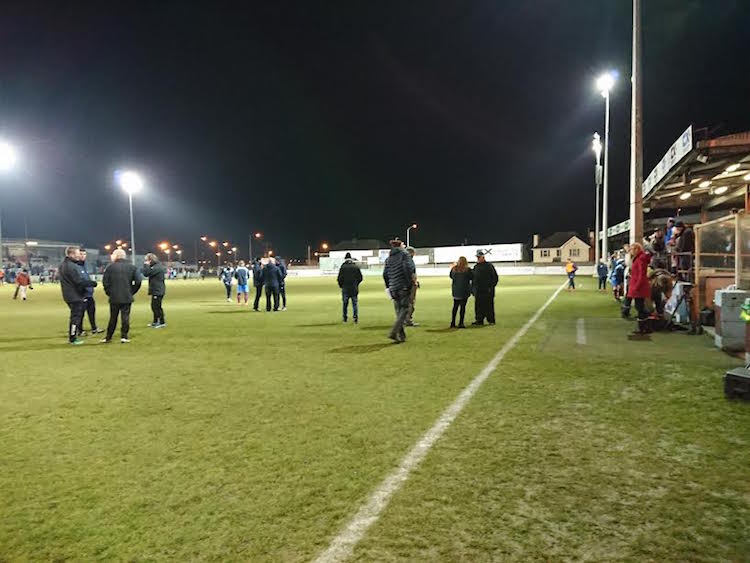 The Football Association of Ireland have rescheduled Finn Harps’ away game against Drogheda United for next month.

The SSE Airtricity League First Division game, which was postponed on Friday night, will now take place at United Park on Monday, March 26 at 7.45pm.

Harps fans were left irate on Friday night when the game was called off by referee John McLaughlin.

The official was unhappy with the level of floodlighting provided, but an announcement wasn’t made until after the appointed kick-off time.

A couple of hundred Harps fans had made their way to Drogheda for what should have been their side’s season opener.

Harps will now kick off their First Division campaign and promotion bid at home to Longford Town on Friday night.