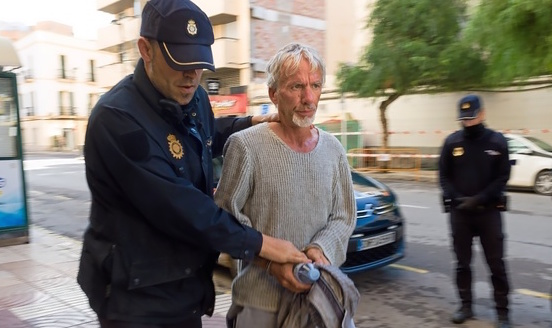 A Donegal man has been charged with domestic violence following an alleged brutal attack in Spain.

Michael Murray, from Letterkenny, appeared in court last night charged with the attack in Ibiza on Monday night last.

Mr Murray, 54, is a well-known figure having written books and undertaken courses on spiritual enlightenment.

A woman, believed to be Mr Murray’s girlfriend, is in intensive care in hospital after she tried to take her own life in a shop on Monday last.

The 47-year-old woman stabbed herself several times after walking into a shop in Ibiza.

It followed allegations that she had been assaulted over a three day period.

Mr Murray has been remanded in custody to appear at a future sitting of the court.