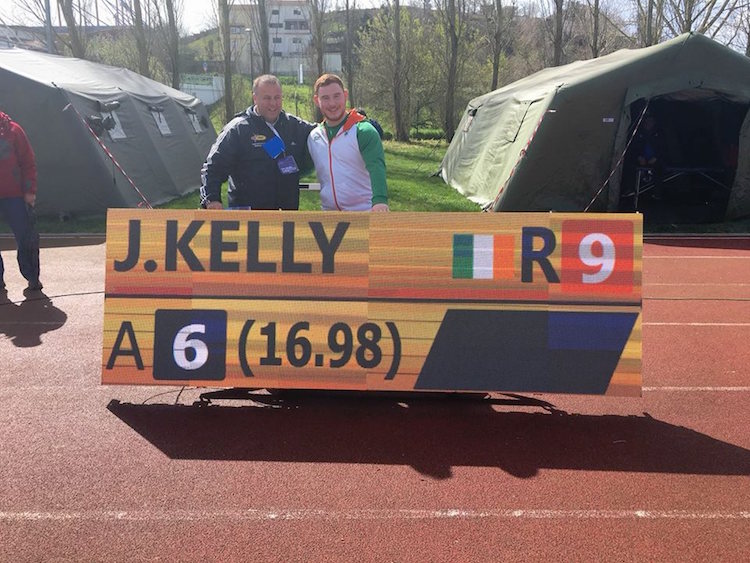 John Kelly finished in 9th place at the European Throwing Cup in Leiria, Portugal at the weekend.

The Finn Valley AC man – pictured with the event’s technical director Pierce O’Callaghan – was competing in the U23 shot put event.

The St Johnston native reached a best mark of 16.98 metres to finish in 9th overall in an event won by Norway’s Marcus Thomsen, who threw 19.61m, a new PB.

Kelly entered the competition ranked in 11th, but ended up in ninth, his performance described by Patsy McGonagle as ‘a steady work in progress’.