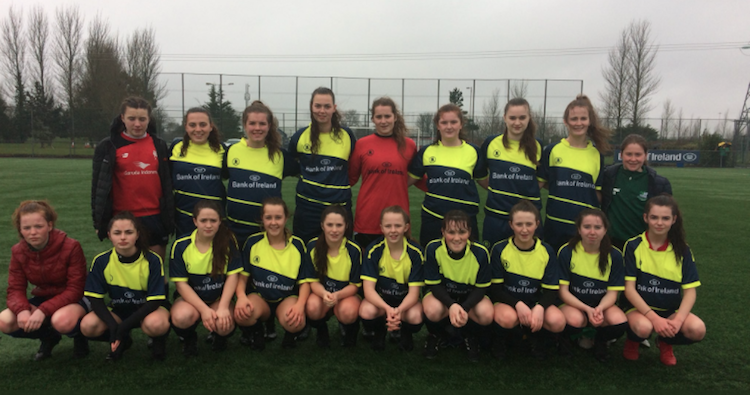 Brown scored two crackers as Moville came from a goal down to defeat Claregalway College at the AUL Complex in Conshaugh this afternoon.

Moville were level within four minutes as Brown bagged her first from a set piece.

And Brown followed that up with a screamer from the edge of the box for what proved the winning goal after only 14 minutes.

Brown did have a chance of a third, but shot narrowly wide.

Brown was named Player of the Match and Republic of Ireland senior player Leanne Kieran presented her with the award.