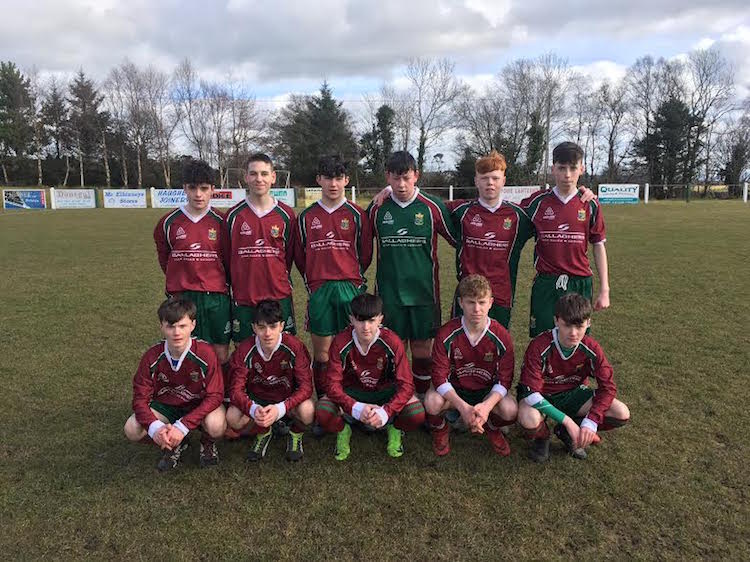 Goals in either half from Jamie Murray and Callum Gillen fired St Columba’s of Stranorlar to glory in yesterday’s FAI Schools Minor Boys Ulster Cup final.

Murray’s free kick in the first half had given St Columba’s the edge and, just after half-time, they doubled it in fine style.

Gilles collected the ball wide on the right, powered into the box past several defenders before hammering an unstoppable drive into the roof of the net.

It was a goal that capped a fine performance by St Columba’s, the better side throughout.

But Scoil Mhuire weren’t without their own moments. 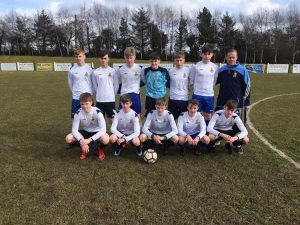 After Gillen’s goal, a good move from Scoil Mhuire ended with Sean McCallion firing past goalkeeper Yashin Bradley, but Conor McDaid cleared off the goal-line.

Jamie McDaid nodded wide from a McCallion cross while St Columba’s Gillen shot over with a decent attempt.

Gerry McKinney’s free was headed over the top by Lee Barr, while Gillen forced a fine save from Oran McBride, the Scoil Mhuire net minder.

In an evenly-contested first period, chances were at a premium. With the exception of a couple of long-range efforts, which were routinely dealt with by the respective goalkeepers, there was little or no goal-mouth action.

The breakthrough arrived on 26 minutes. Ben King was fouled 25 yards from goal and Jamie Murray’s free kick was delightful, bent up and over the Scoil Mhuire wall and beyond the goalkeeper, McBride.

When Gillen doubled the lead, it was curtains for Scoil Mhuire as St Columba’s took the prize.