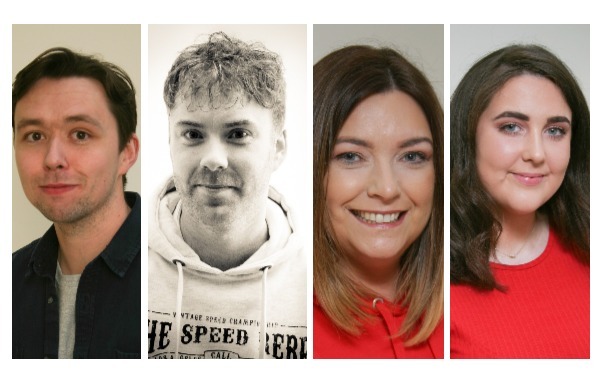 Carndonagh actors bring hit musical Oklahoma! back to the stage

Carndonagh Musical Society are taking to the stage again in the Colgan Hall, with their 2018 production, Oklahoma! running from 21st-25th March.

Part charming love story, part stirring retelling of American history, and many parts beloved songs and stunning dance, Oklahoma!was the first collaboration by the legendary team of composer Richard Rodgers and librettist Oscar Hammerstein II. The production was a milestone in the development of American musical theatre for its fusion of song, story and dance.

The musical is based on Lynn Riggs’ 1931 play, Green Grow the Lilacs, and features much-loved songs like ‘Oh, what a beautiful morning’, ‘I’m just a girl who can’t say no!’ and ‘People will say we’re in love’.

Set in Western Indian Territory just after the turn of the 20th Century, the spirited rivalry between the local farmers and cowboys provides the backdrop for the love story of farm girl Laurey Williams (Annah Lafferty) and her courtship by two rival suitors, cowboy Curly McLain (Shane Devlin) and the sinister and frightening farmhand Jud Fry (Shaun Tully).

There’s a box social coming up, and Curly asks Laurey if she’ll be his date. Trouble is, Laurey thinks he’s waited too long, and in a fit of pique accepts an offer from the boorish Jud instead. Meanwhile, Laurey’s friend Ado Annie (Stella Farren) is also torn between two men: a cowboy named Will Parker (Kevin Doherty Glack) and a foreign peddler, Ali Hakim (Paul McElhinney).

Both women struggle to know their own hearts before it’s too late. The young folks are guided through this turbulent journey by Laurey’s Aunt Eller (Karen McLaughlin) and Ado Annie’s father Andrew Carnes (John McLachlan) 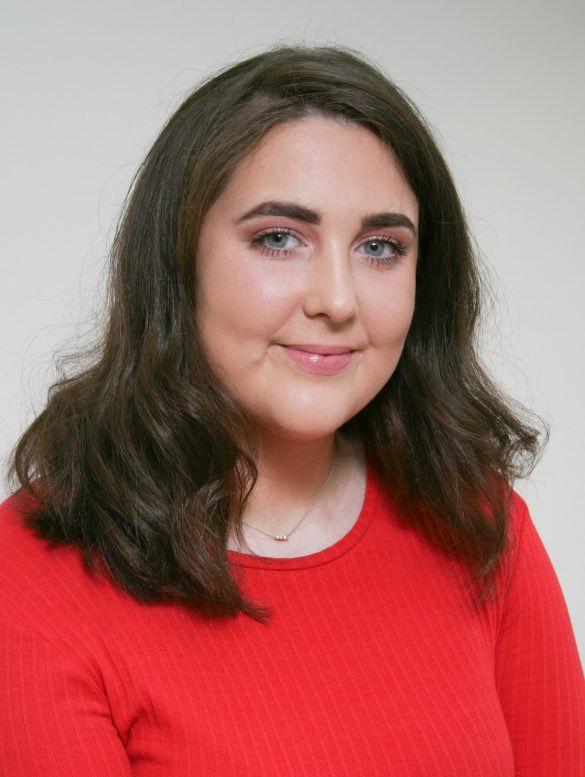 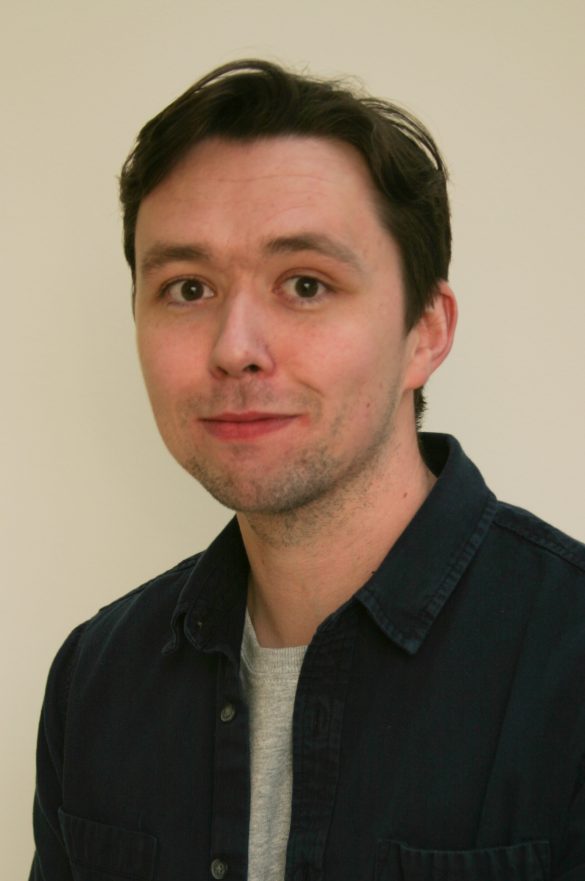 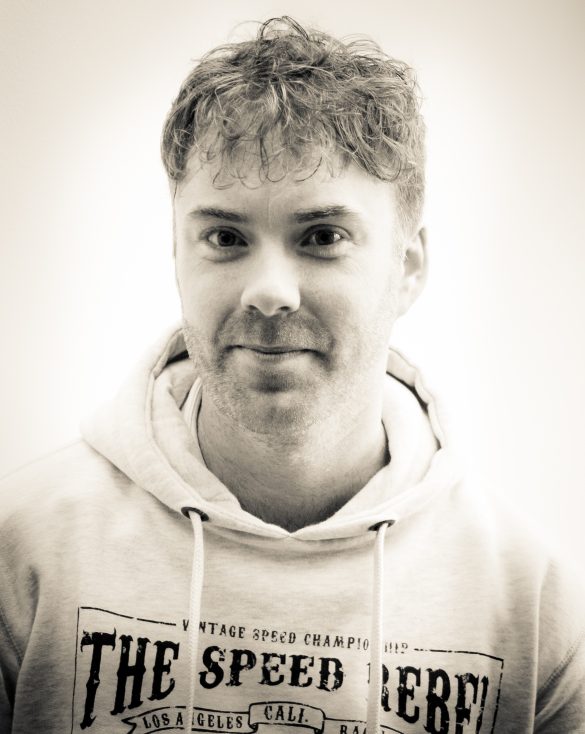 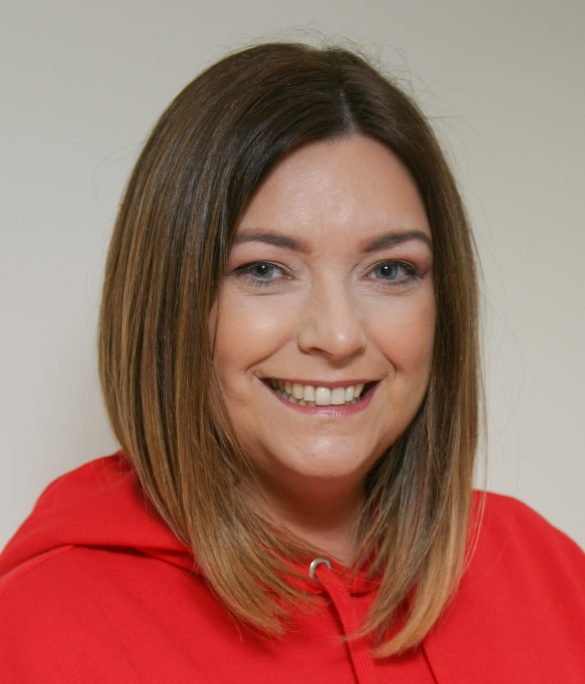 These talented local actors are supported by an all-singing, all-dancing chorus, from all over Inishowen, who have been working since January on their sharp-shooting, line-dancing and burlesque skills, as well as revelling in the superb choruses, ‘The Farmer and the Cowman’ and ‘Oklahoma’.

It is almost 30 years since Oklahoma was last staged in the Colgan Hall, and CMS is delighted that some of the cast from that original production will be taking to the stage again in March.

This year’s production is directed by Danielle Kelly, no stranger to the Colgan Hall stage herself, with choreography by Marian Hennigan and musical direction by Helen Haughey.

Tickets go on sale in Doherty’s Newsagents (Fintans), The Diamond, Carndonagh, from Monday March 5th. Adults €12, children €6. The show runs nightly from Wednesday 21st March to Sunday 25th March, in the Colgan Hall, Carndonagh. Doors open at 6.45, and the curtain goes up at 7.30 sharp. 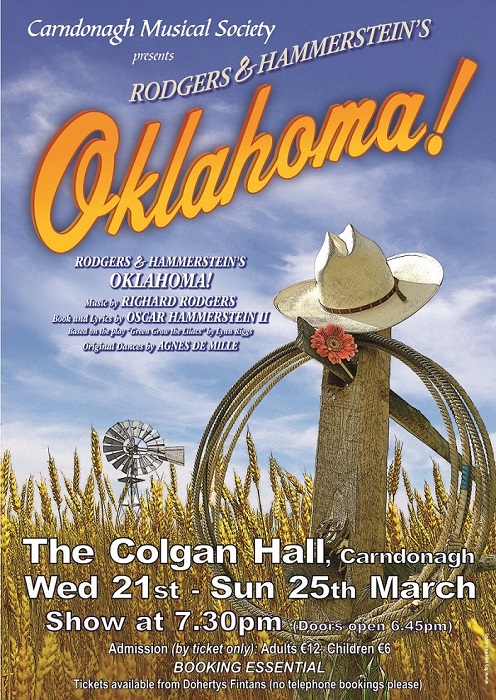