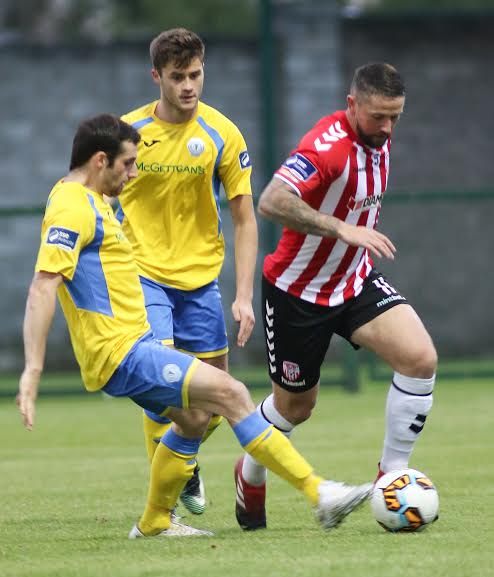 Finn Harps will face Derry City in the second round of the EA Sports Cup on Easter Monday.

Harps will host the Candystripes at Finn Park on Monday-week, April 2nd.

The draw was made at FAI HQ in Abbotstown this afternoon.

There are still several ties to be played in the first round of the EA Sports Cup with a number of fixtures postponed due to the severe weather.

The EA SPORTS Cup fixtures and second round draw is as follows:-