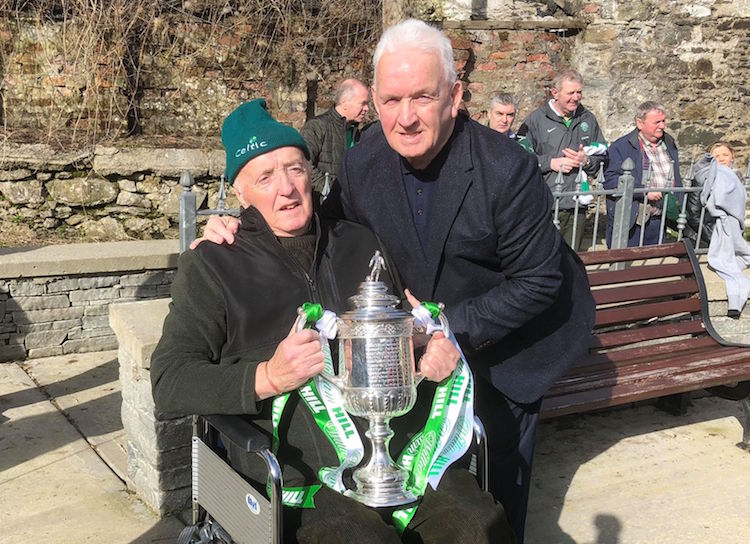 Lisbon Lion John Clark was in Ramelton this morning to honour the memory of Celtic legend Patsy Gallacher.

Clark, the sweeper on the Hoops’ side of 1967 that beat Inter Milan in the European Cup final, told of his honour to represent the club as he laid a wreath at the former homeplace of ‘The Mighty Atom’.

A wreath was also laid at the nearby Gallagher Park, where Clark addressed a large crowd of Celtic supporters, who had gathered in the hope of a visit from Celtic manager Brendan Rodgers, following his appearance at a function last night in the Silver Tassie Hotel.

Though Rodgers was unavailable for the event, Clark, who brought with him the Scottish Cup, adorned in Celtic’s green and white ribbons stood in.

“I played on one of the best teams ever,” Clark said.

“It’s a great testament that after 50 years you’re still recognised. We really appreciate that.”

Frank McGuire from the Celtic Graves Society said: “Patsy summed up everything that was great about Celtic with his attacking flair, never-say-die attitude and his ability to come up with the unexpected.”

Ramelton’s number 1 Celtic supporter Sonny Gallagher was proud as punch as he presented Clark with a memento of the occasion.

Although now unable to make the voyage to see his beloved Hoops in the flesh, Sonny has kept up his tradition of buying a season ticket for Celtic Park.

McGuire spoke of the connect between Donegal and Celtic, noting how the society, in 2013, marked the Frosses relating place of Joseph Francis McGroary, who had served on Celtic’s first-ever committee.

He also touched on the links that go back to Alex Collins, from Burt, who played for Celtic in 1888 and Charlie McElhinney, from Manor, who made his debut in 1893.

McGuire said: “A strong part of Celtic’s identity is the connection with Ireland and Donegal in particular.

“The Celtic Graves Society are deeply proud of our heritage.

“The connection between Celtic and Donegal was there right form the start. The link is as strong today as it was at our club’s birth over 130 years ago.” 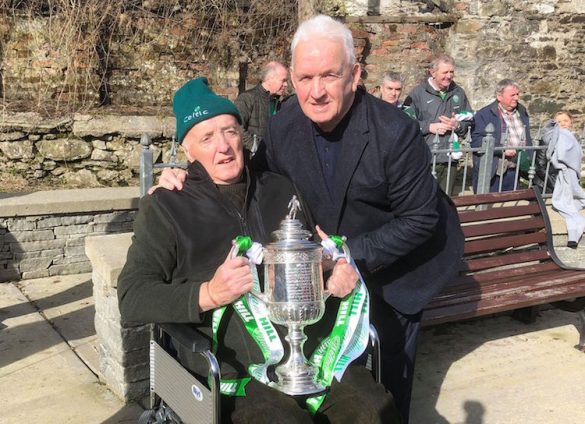 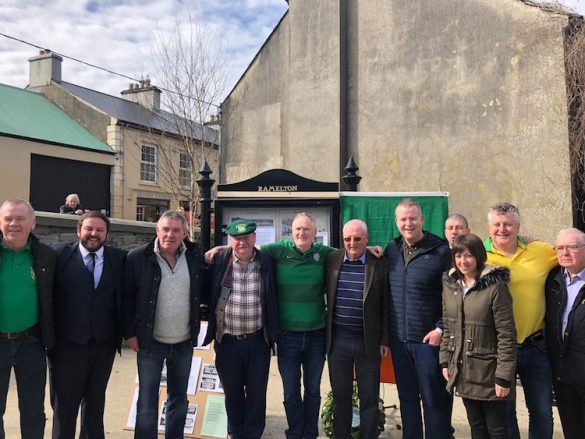 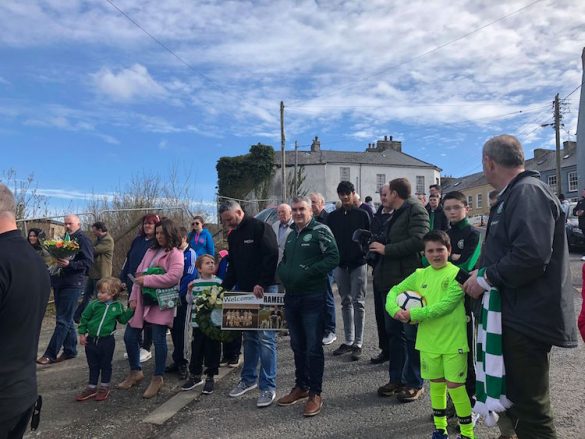 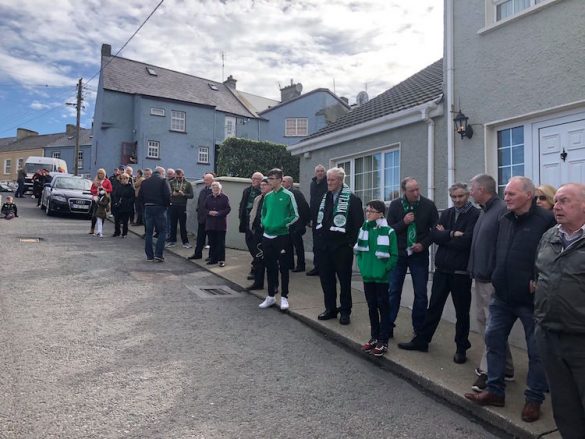 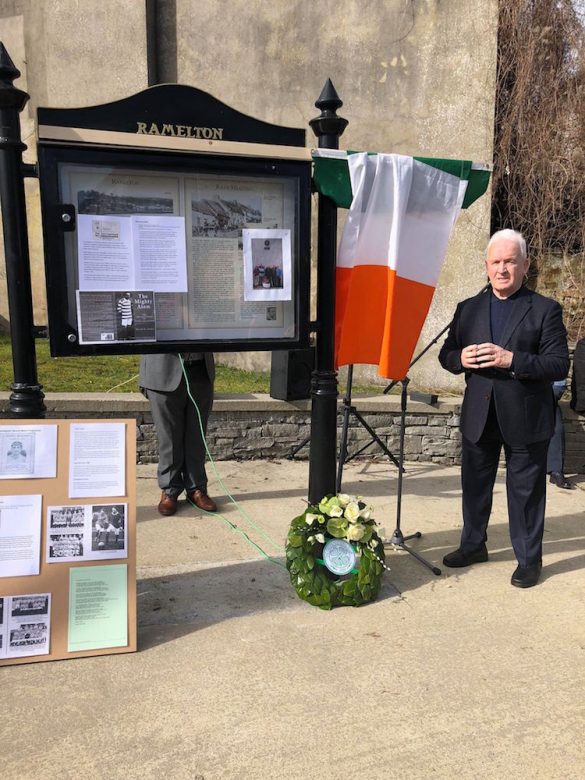