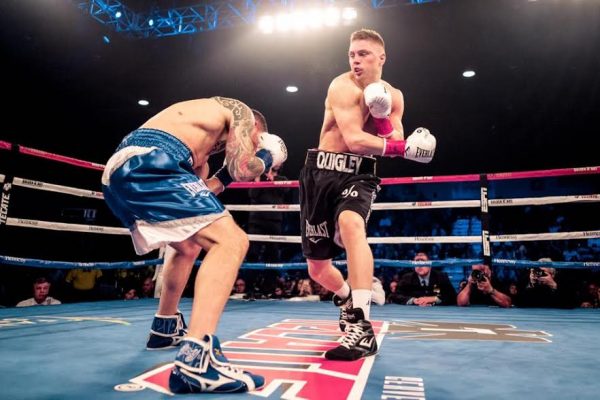 Jason Quigley has vowed to bring ‘big time boxing’ back to Ireland.

Quigley takes to the ring to face Rosario 12 months after shaking off Glen Tapia to win the NABF middleweight belt.

The Ballybofey man’s first fight under new trainer Dominic Ingle will be beamed across Ireland with eirSport announcing that the bout will be free-to-air, meaning that even non-subscribers will be able to tune in.

“It’s fantastic to see eir Sport getting behind the sport of boxing,” Quigley said.

“This is just what boxing needs. I want this to be the start of big time professional boxing for Ireland and I promise that I will have big fights in Ireland in the not-too-distant future.

“Without a doubt, this is a massive boost for boxing and obviously for me.

“It’s fantastic that eir Sport are supporting me in this way by bringing my fight into the homes of the Irish people.

“I’m excited to put on a show anyway, but knowing that people at home can see the fight just adds to it. Sure, they might have to stay up a bit late – but it’s Easter weekend, what better excuse!”

Golden Boy Promotions prospect Quigley held his first open workout in Ireland on St Patrick’s Day and says he wants to repay his fans with a memorable display at the Marina Bay Sportsplex.

Quigley, who is managed by the Los Angeles-based Sheer Sports Management, added: “I’m so grateful for the support that I’ve had from the Irish people, who have stayed with me all through 13 fights in America and through a full year out of the ring.”

Mayo lightweight Ray Moylette also features on the card as he gets set to face Matt Doherty.

Coverage of Jason Quigley-Daniel Rosario will begin at 3am.