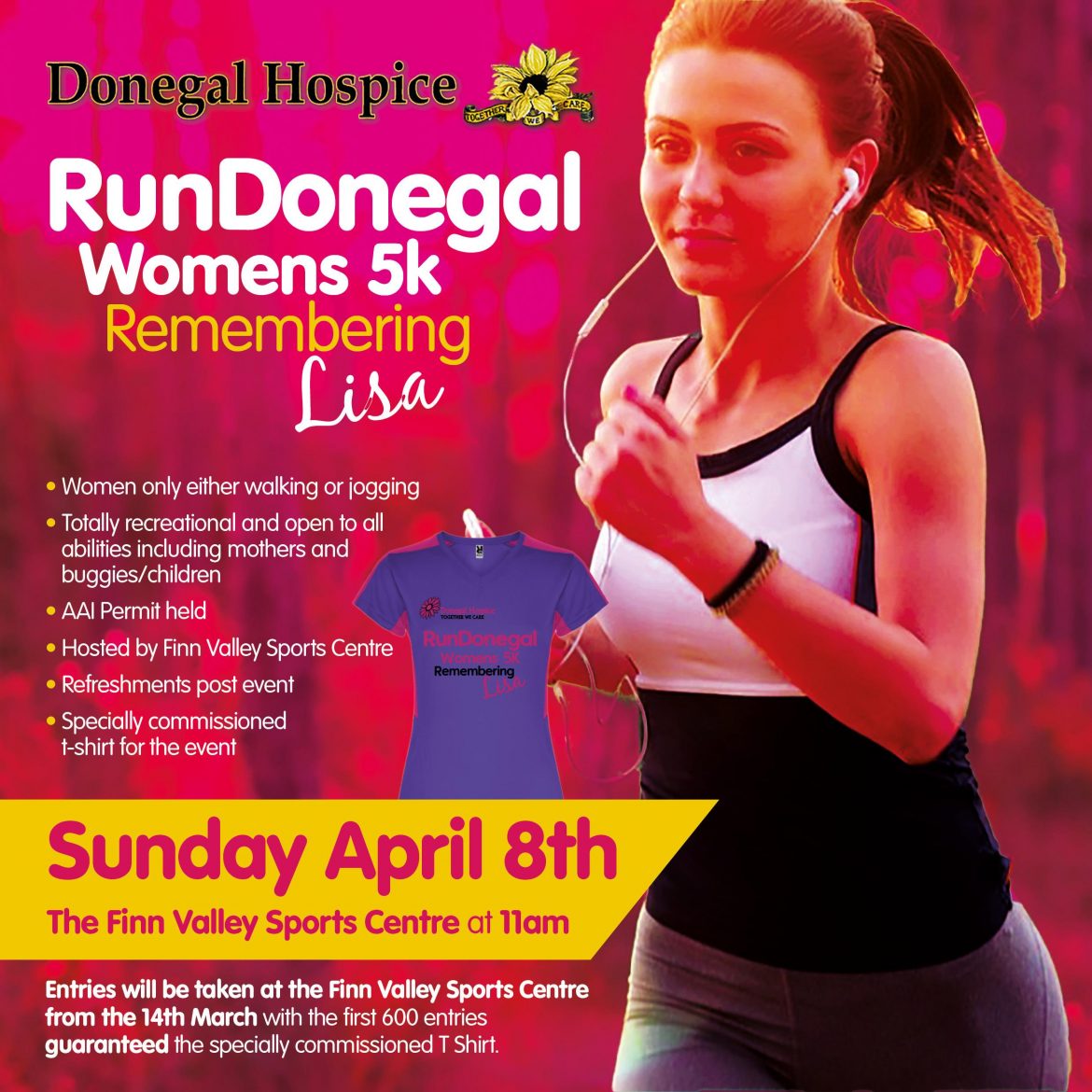 Around 700 women are expected to take part in Sunday’s Run Donegal 5k which will be staged through the Twin Towns.

Proceeds from what will be the 13th staging of the high-profile event will go to the Donegal Hospice. This year’s race/walk will be held in memory of Lisa McGranaghan, the 43-year-old mother of two from Castlefinn who passed away at the Donegal Hospice in March, 2016.

Looking ahead to Sunday, race director, Grace Boyle, who established the event with Bridgeen Doherty, said there’s big interest in the event.

“The number of pre-race entries is way up on previous years. The way things are going, we reckon that around 500 will register before Sunday, with possibly a couple of hundred more signing up on the day,” she commented.

“Lisa McGranaghan was someone who was so well thought of by so many. The McGranaghan family also have a long association with Finn Valley AC, hence the large numbers already entered,” she added.

“We want as many women to come along and walk, run or jog the 5k distance. There are many strands to Run Donegal – it’s a women’s only event, the money raised is going to a local cause and it is being held in memory of someone very special.

“We are also hoping that it will entice women who haven’t been walking or running much to come along and get involved. Hopefully, Sunday will kick-start women to get more active and enjoy the experience of exercising outdoors. There’s a great social aspect to running and walking and that’s something we are also trying to promote,” Grace said.

“While we are competing with so many races, we are really happy with the response this year. Everything is in hand now. The only thing we can’t control is the weather – hopefully we will have a dry day,” the race director added.

Lisa McGranaghan’s husband Kevin, and their two children, Joshua (11) and Robyn (8), will walk Sunday’s Run Donegal 5k which gets underway at the Finn Valley Centre in Stranorlar at 11 am.