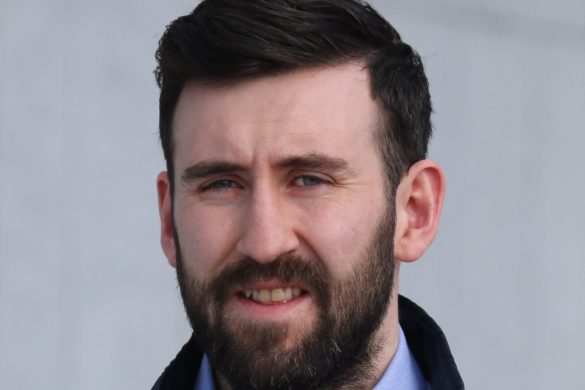 A GAA star who attacked an elderly man with his own walking stick after a row at a chip shop has escaped going to jail.

Tyrone star Dean McNally was told by a Judge that he can consider himself “extremely lucky” after he was ordered to pay his victim €2,500 in compensation.

The court heard how there had been a verbal row at a chip shop involving McNally, two of his friends and an elderly gentleman using a walking stick.

The row spilt out onto the street outside the Downings Bay Hotel on the night of March 4th, 2017.

Outside McNally, who plays for both Tyrone and Kildress, broke Mr Eugene Ferry’s walking stick on the ground.

Mr Ferry was then pushed to the ground during the incident and hurt his hand.

He then threw the other part of the walking stick at the elderly man hitting him in the back.

The court was also told that both McNally and his two friends then began to verbally abuse Mr Ferry. 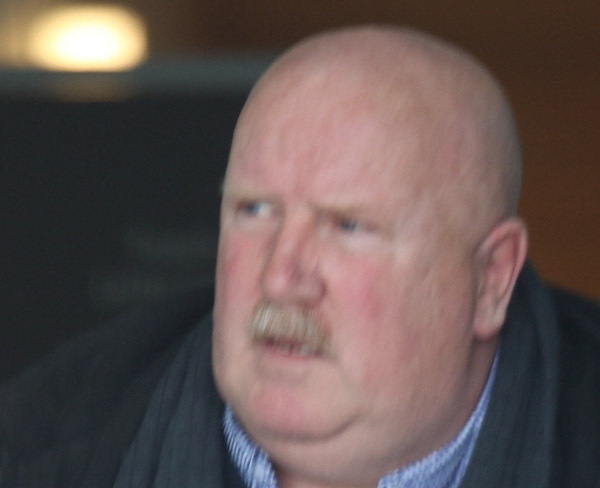 Victim Eugene Ferry who was attacked with his own walking stick. Pic by Northwest Newspix.

The victim made a complaint to bouncers who contacted Gardai about the matter.

Garda Colm McConigley viewed CCTV footage of the attack and was able to identify McNally as the culprit.

He said his client was of good character and never meant to get involved in any row.

He is charged with being intoxicated, using threatening and abusive language and also assault.

He handed in a number of references to Judge Paul Kelly on behalf of McNally whom the court was told is engaged to be married.

A victim impact statement on behalf of the victim was handed into court and Judge Paul Kelly handed the statement to McNally to read.

Mr Ferry said he did not have any medical expenses as a result of the attack.

McNally told the court “I apologise for what happened and I should not have been involved.”

The court was initially told that €500 had been paid to Mr Ferry as compensation but Mr Ferry said that this was not the case.

He added that he had been offered €100 but nothing had ever come of it.

Judge Paul Kelly asked if two other accused men involved in the case had appeared before the court.

He then said “I’m curious about the other two individuals. The injured party said he was attacked by three males outside chip shop. Is he covering up for other people is the question I’m asking.”

Garda Inspector Goretti Sheridan told the court that it was a bouncer outside the premises who identified McNally and that no other people had been sought in connection with the attack.

Judge Kelly ordered that €2,000 be handed over to Mr Ferry and also that another €500 lodged in court by McNally be given to the victim.