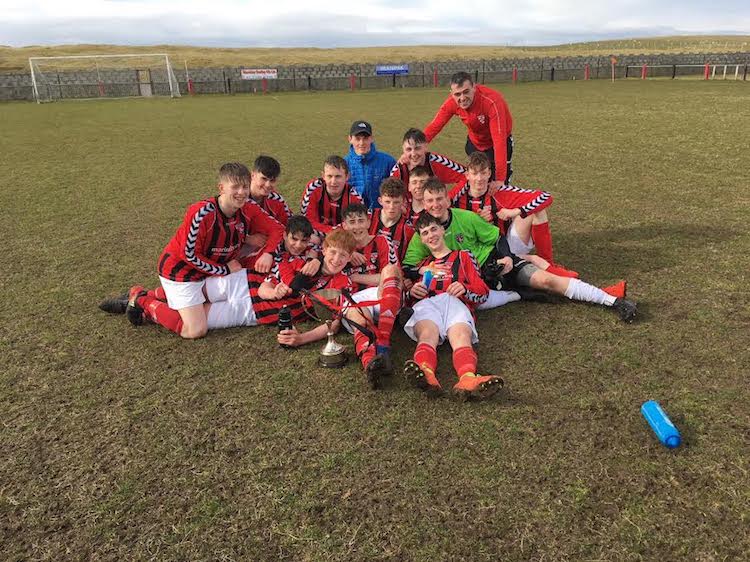 Niall Doherty praised his Fanad United side after they retained their Donegal Youth League crown on Saturday.

A brace of goals by Conor McHugh, the second of them a long-range free kick, and a strike from Keelan McGroddy, fired Fanad to a nervy 3-2 win over Kilmacrennan Celtic at Traigh-A-Loch on Saturday.

“Every man who has took to the pitch has been excellent,” Doherty said.

“I couldn’t fault them. They turn up every week and do the business. I couldn’t praise them enough. They want to win games and win trophies.”

Kilmac certainly didn’t head for the peninsula to roll over. The Lurgy men asked the questions, but Fanad conjured up the answers.

Doherty said: “Kilmacrennan really put it up to us, but our boys have battled hard all season. We’re relieved to get over the line there. There was no second chance after that one. We didn’t play our best, but we got there.”