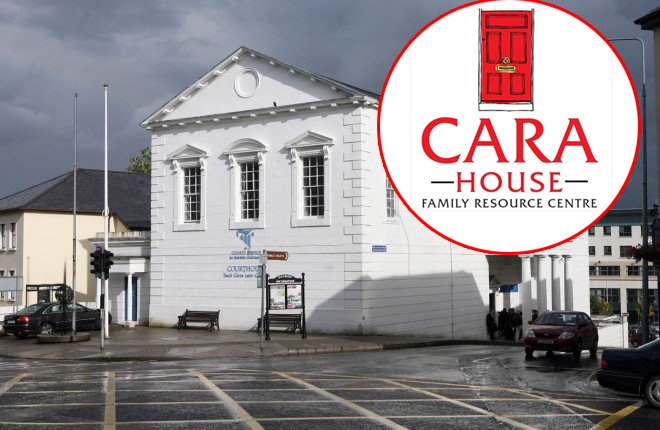 Community gets behind campaign to give Old Courthouse to Cara House

A Letterkenny resident has launched an online campaign to make the Old Court House available as a valuable facility for Cara House.

Treasa Mc Keown’s idea that Cara House should take residence of the building is gaining much popularity online this week. She has launched a petition to explore the possibility of the Cara community resource centre being relocated to the large town centre building to allow the facilities to grow.

Cara House is a centre firmly at the heart of the Letterkenny community – offering social, health and recreational services and courses for adults and children of all ages.

Donegal County Council is due to take charge of the Old Courthouse building when it has been cleared out, with talks of it being retained for council use or by Failte Ireland.

The Cara House team moved premises from Market Square to 108 Lower Main Street at the end of last year. If Treasa’s petition takes off, locals could be seeing the blue courthouse door painted the Cara House red colour that was iconic at the top of Market Square.

Treasa said: “Wouldn’t it be brilliant if we could get Cara House the premises? So much more room for them to expand their services, so many more people that can avail of their courses and services.”

She added: “They do so much to cater to every age group in the community and provide such a vast array of services both to the local people and to those that have come from elsewhere to make a new life here.”

Treasa has praised Cara House as ‘the best social enterprise in town’, and while she is not affiliated with the centre, she hopes to see a changeover happen for the benefit of the community.

Treasa’s petition on Facebook is gaining traction with many locals, who hold the services in high regard and agree with the proposal.