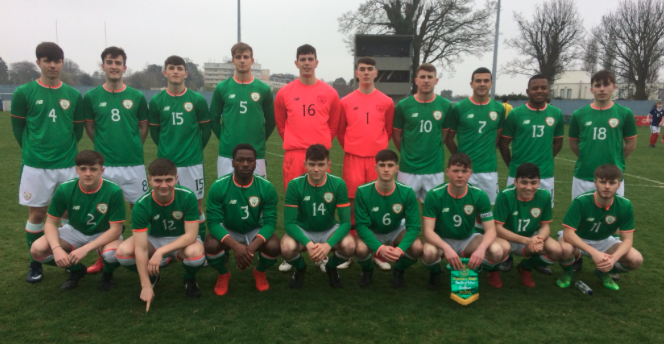 Donegal was well represented on the Republic of Ireland Schools side that won the Centenary Shield this afternoon.

Ireland were three up at the break.

Donegal students Kieran Farren and Daniel Houghton started for Ireland and Houghton saved a Cameron Clark penalty in the second half.

Milford’s Mickey McGlynn is the Irish physic while Harps manager Ollie Horgan is on the coaching staff.