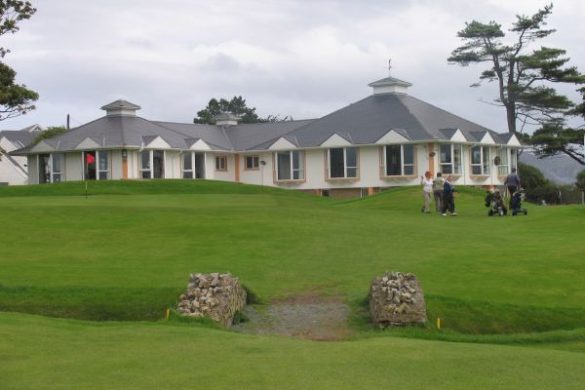 Staff at a Co Donegal golf club were so afraid of a drunken man that they locked themselves in a room and refused to come out.

The court heard how McGettigan arrived at the club after being drinking all day in Derry.

He began to intimidate staff around 7.30pm and a staff member was so frightened that she locked herself into a room and refused to come out.

Gardai were called and McGettigan’s mother and sister also arrived and they eventually calmed him down.

The 31-year-old was arrested and taken to Letterkenny Garda station.

The court was told that McGettigan, of Sea Breeze, Kerrykeel, was trying to sort out his life and worked in the family business but was also building another career as a website developer.

Solicitor Kieran Dillon said this was a very unfortunate incident fuelled by drink but that his client was otherwise a hard-working young man.

Staff locked themselves in room after man went berserk in golf club was last modified: April 13th, 2018 by Staff Writer