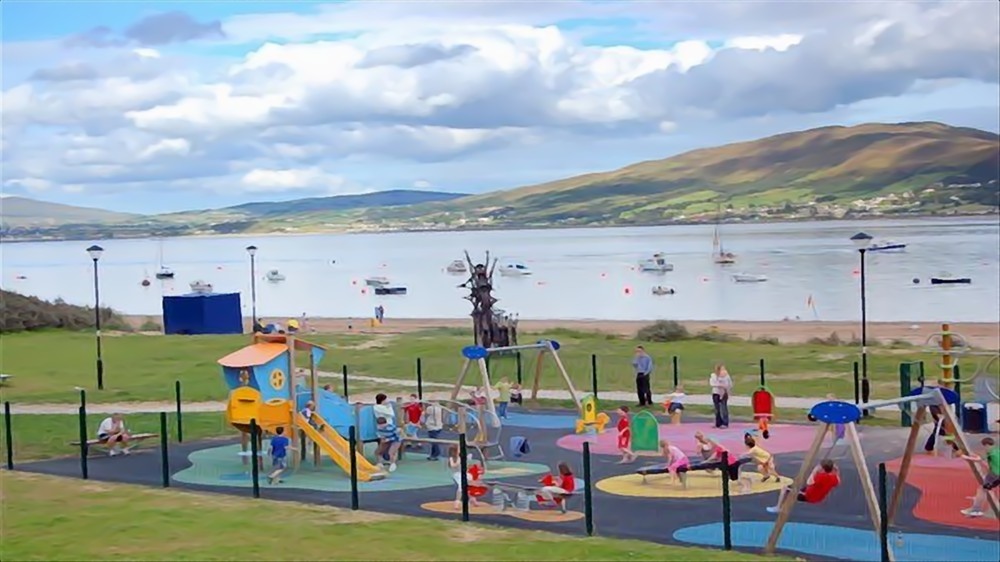 Concerns at volume of sand deposits in popular playground

Concerns have been raised about the growing volume off sand deposits at the Rathmullan Playground.

The facility is having to be repeatedly closed down due to the issue.

Councillor Dessie Shiels says the playground had to close during the recent St Patrick’s Day weekend.

“The problem seems to be a danger of sand damaging the playground surface,” he said.

“Some kind of timber hoarding up to a certain height might be a relatively inexpensive and effective way to resolve the problem,” he suggested.

The Council said it was aware of the large accumulation of sand in the last number of months.

“Donegal County Council is currently considering options to reduce the volume of sand landing within the playground in certain storm conditions,” the Council’s response said.

“Given its close proximity to the beach, it is very difficult to keep the playground free of sand.”

People warned to continue to work from...

Gardai at scene of Letterkenny crash