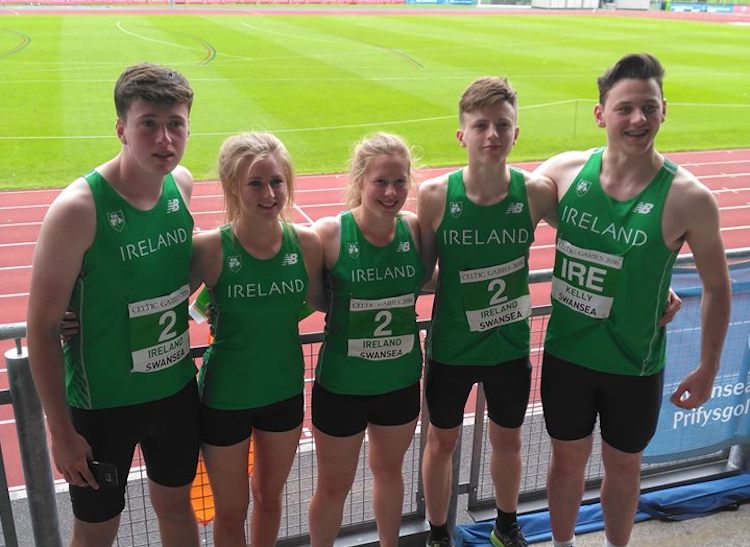 Some of Ireland’s top throwers will gather in Lifford on Sunday for the first annual Lifford Strabane AC Throws Fest.

With the athletics track and field season up and running, the event will provide the perfect opportunity for throwers from all over Ireland to dust off the cobwebs and put all the hard winter training to the test.

Athletes have registered to compete from as far away as Cork, Tipperary and Wexford and with a large local contingent of local throwers added to the mix, the event promises to deliver some big performances. Throwing within the county has never been stronger.

Donegal is presently a hotbed for throwing nationally and the popularity of hammer throwing, javelin, discus and shot putting in the county at an all-time high with several national titles in all age brackets making their way north westwards with great regularity in the recent past.

In promoting the Throws Fest earlier this week, member of the organising committee, John O’Donnell, outlined where the idea for the event originated.

“Attending a big throws meet in Halle, Germany last May, I noted how the throws disciplines took centre stage,” he said.

“Throwing is huge in Germany and indeed right across Europe. Throwers are treated with the respect they deserve in what are hugely technical disciplines.

“Huge knowledgeable crowds come out to spectate and are involved in the competitions by being up close to the action. In Lifford we wanted to replicate much of that German experience. There will be a real festival atmosphere in Lifford on April 29th.

“Music will be provided at the event and a barbecue has been organised in the hospitality tent which has been erected at the venue. We want to grow the Lifford Strabane AC Throws Fest in future years and there has already been interest from England and continental Europe in attending in 2019”.

Several throwers will be seeking distances which will qualify them for major championships this summer. With the quality of throwers taking part and an appreciative audience in attendance, championship qualification distances are a real possibility.

The action gets underway in Lifford at 10.45am and runs right through the day until 4.15pm with age groups from u14 right through to senior and masters levels catered for.