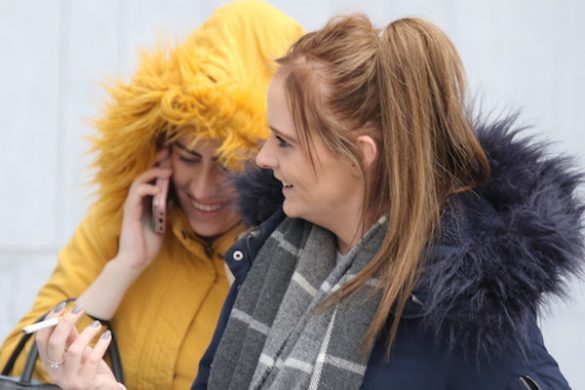 Two women who advertised a household cleaning service on Facebook “cleaned” out a client’s house of almost €2,000 in personal items.

Chloe Colsh and Anne Marie Dunphy appeared at Letterkenny District Court in Co Donegal charged with theft from the home of victim Carol Doherty in Kilmacrennan.

Ms Doherty later came across the victims at Letterkenny Bus station after they had cleaned her house at Illistrin Little on March 4th, 2017.

The victim noticed that the two women had some of her personal belongings with them.

She confronted them and the women fled and when Ms Doherty returned home, she discovered numerous items had been taken.

The list included a Nintendo DS, a child’s gold ring, an Apple iPod, a silver necklace, a Google Nexus tablet and a Samsung camera.

It was estimated that the stolen property was valued at up to €2,000 bt some of the stolen items had since been recovered.

The court heard that many of the items had been traded in locally at a shop.

The pair, Colsh, aged 20, and Dunphy, aged 28, who are originally from the Midlands, moved to Donegal where they had an address together at Forest Park, Killygordon.

Solicitor for the women, Mr Gordon Curley, said the women had €200 each in compensation for the victim.

He said the women had come up with the scheme in order to make some money as they had none and that this was their first jobs.

They advertised their services on Facebook and charged €25 per home.

Ms Doherty, who was also in court, said she had received a letter of apology but said she was still out a substantial amount of money.

Judge Paul Kelly adjourned the case until May 28th to allow the women to come up with further compensation to the value of €370 for the victim.