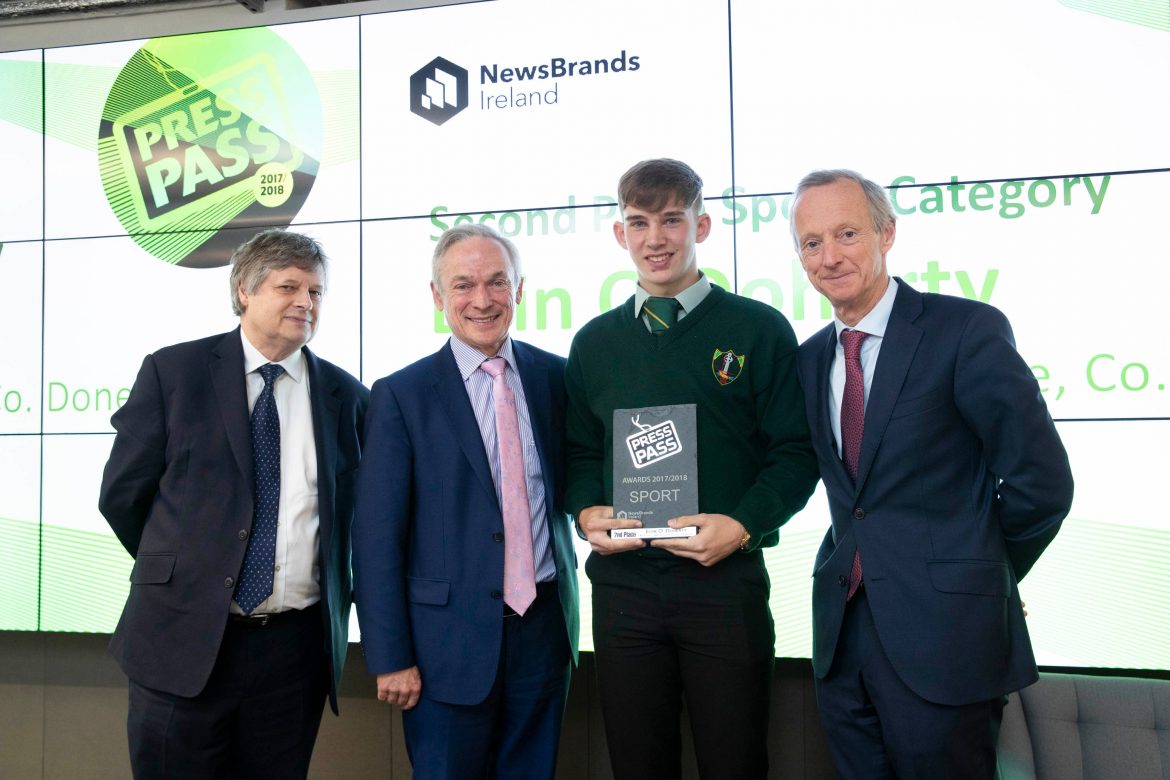 Eoin received 2nd prize in the highly competitive Sports category for his sports report ‘Landslide victory for Inishowen men’. The match report was a big hit with the judges, and you can read the winning entry here: http://presspass.ie/pp/wp-content/uploads/Sport-EoinODohertyInishowenMatchReport.pdf

The judges’ comments on the report revealed why it was a clear top-three winner:

“In an era where sports journalism has greater scope than ever, match reports remain the bread and butter of the back pages – and a major reason why people pick up newspapers.

“A good one requires all the facts, of course, plenty of background knowledge about the competitors and a little personality peppered throughout.

“The FAI Junior Challenge Cup match between Greencastle and Lifford certainly gave the writer plenty of opportunities to deploy his descriptive skills, with eight goals flying in; however, unlike the actual match for Lifford fans, the report managed to stay interesting right to the end, with the writer demonstrating an easy ability with the language of football reporting.”

Over 10,000 Transition Year students took part in this year’s NewsBrands Ireland Press Pass initiative, the largest number to date. At the Press Pass Awards Ceremony on Thursday April 26th, 16 of those students were awarded for their original journalism, created as part of the Newspapers-in- Education programme.