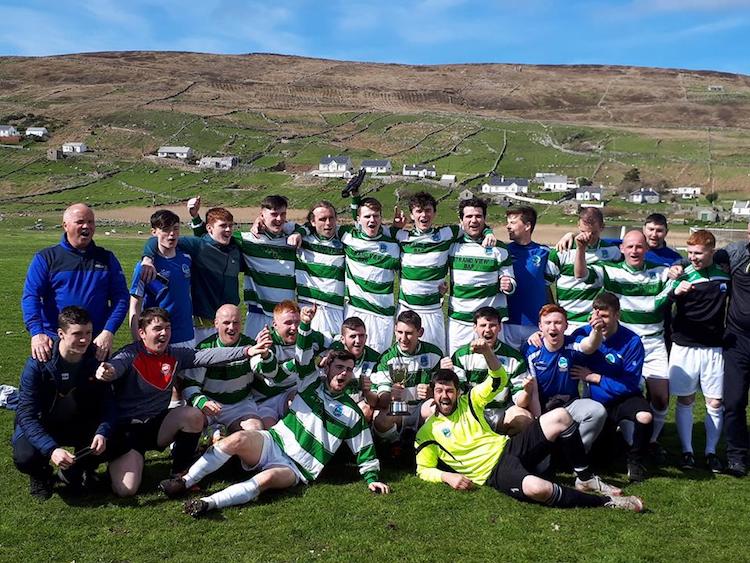 Strand and Glencar Celtic entered today’s games – the final game of the season for both – locked on points at the summit and with the prospect of a play-off for the title a very real possibility.

However, Strand’s 1-1 draw at Arranmore United and Donegal Town’s 1-0 win over Glencar Celtic means that the silverware is Strand’s.

One of the newest clubs in the Donegal League, Strand have been on the rise since their formation.

Having lost out to Arranmore in the Cup final last season, Strand were in danger of having their balloon popped by the Islanders this afternoon as Aidan Proctor gave the hosts the lead.

Arranmore held the lead until ten minutes from the end when Strand levelled as Shane O’Donnell drilled home a penalty.

With the word from Rannagh Park filtering through at Flagpole Park – where Glencar were facing Donegal Town – the day took a further twist.

And a few moments later, there was dejection for Glencar and history and hysteria for Strand as they toasted a famous League win.