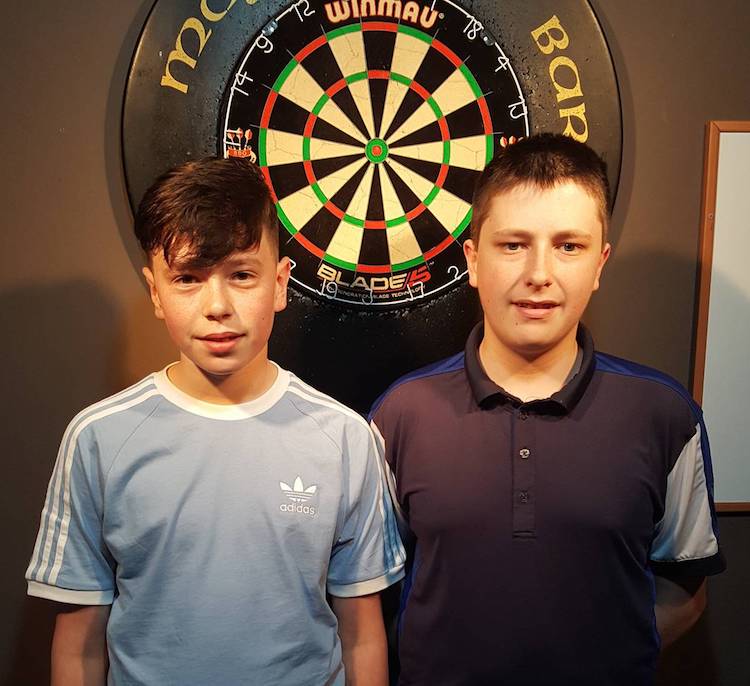 Travis Baur makes it two in a row in the latest Youth Premier League of Darts, held at McGuigan’s Bar, Stranorlar.

Travis topped the group stage and won in another great final with Owen Carr.

Owen took the lead in the final before Travis took out a 127 checkout to level it up.

Travis held his nerve to win a close final leg staying top of the table and in prime position for the finals night in Ballyshannon at the end of June.