A man who put the lives of dozens of people in danger when he set fire to cars beneath an apartment complex has been jailed for five years.

Paul McGinley deliberately put a gas cylinder inside a car at an underground car park at Rosemount Lane, in Letterkenny on September 29th, 2015.

The car caught fire and spread to eight other cars before spreading to an upstairs apartment block and two businesses.

Dozens of people became trapped by the blaze and had to be rescued by the fire service.

McGinley pleaded guilty to arson and reckless endangerment when he appeared at Letterkenny Circuit Court. 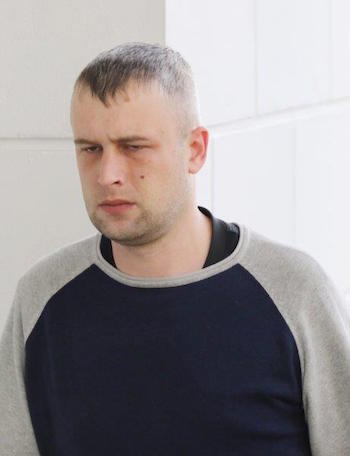 The court heard that McGinley’s co-accused, Owen McFadden, of Cavanconnor, Gortahork, has since died.

The pair set fire to two cars at the car park at Rosemount in Letterkenny before it spread to buildings causing €500,000 of damage.

Garda Brendan McCann told the court that on the evening of September 29th, 2016, McGinley and the other man, Owen McFadden, of Cavanconnor, Falcarragh, tried to steal a car from the car park of the building just before 1.30am.

It had no petrol so they stole some from a nearby shed but then poured the petrol on one of the cars which quickly spread to a total of nine vehicles.

The fire then spread upwards to other buildings sending panic amongst residents.

A total of 17 apartments were filled with smoke as 30 residents including ten children tried to flee.

Some of the residents became trapped o the upper floors of the apartment block and had to be rescued by the fire service.

Luckily there were no serious injuries but some did suffer smoke inhalation.

Two well-known local businesses, Watson’s Menswear and O’Hehir’s Bakery were badly damaged as a result of the fire and had to close for some time afterwards.

The residents were evacuated to nearby Dillon’s Hotel where they were looked after by staff.

However, for several weeks afterwards some of the residents had to be rehoused by the council while others stayed in the hotel.

Although both businesses were covered by insurance, many of the residents were at a loss for personal items and did not have adequate insurance.

McGinley, aged 32, and McFadden were arrested after Gardai studied CCTV footage in and around the building and both admitted starting the blaze.

The barrister for the accused, Richard Lyons said his client has a history of mental illness and had been admitted to psychiatric services on ten occasions.

He said something sparked his history of mental health problems when he was just 17 but that he has never spoken about it.

He has six previous convictions ranging from public order, to burglary to drugs offences.

Mr Lyons said “He is not a well man and that can be seen. He is wholly irrational and he endangered lives.”

Passing sentence Judge John Aylmer said it was “miraculous” that there were not more serious casualties following the blaze.

He added that while some people had suffered smoke inhalation, many of those were not insured and suffered serious financial hardship as a result of the fire.

He put the crime at the upper end of the scale for such crimes and one which merited a 10 year jail sentence for the arson and six years for the reckless endangerment.

However, he said it was obvious that the accused had suffered long-term mental health issues and had also pleaded guilty at an early stage.

He reduced that sentence by fifty per cent and jailed McGinley for a total of five years and ordered that he receive all the necessary psychiatric treatment he can be afforded.

Arsonist who put dozens of people in danger is jailed for 5 years was last modified: May 4th, 2018 by Stephen Maguire
Tags:
apartment blockarsoncourtdonegalletterkennyPaul McGinley