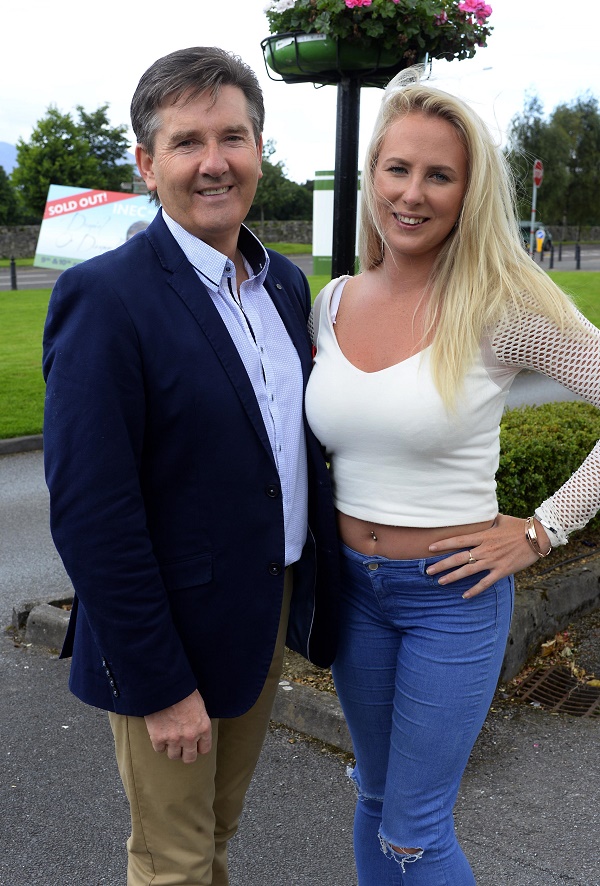 A YOUNG woman who became an Internet sensation as Daniel O’Donnell’s No 1 ‘superfan’ was jailed for seven years for her role in high-tech cocaine extraction factory.

It was then shipped from Brazil to Ireland where, at a rented house in west Cork, special chemicals were used to wash the cocaine out of the fabric and thereby recover it.

When Gardaí raided the Bantry property, which had been rented by Ms Sloyan, they found drug paraphernalia including masks and gloves as well as cocaine.

Independent.ie reports that the cocaine was found to have a street value of more than €51,000.
Ms Sloyan’s boyfriend, Sean McManus (37), was jailed for 12 years.

Ms Sloyan is originally from Abbey Court, Kinsale, Cork but also has an address at Benidorm , Alicante, Spain where she moved from Ireland in 2015.

Only Mr McManus had a relevant prior drugs conviction.

All four had pleaded guilty to possession of drugs for sale or supply at Drumleigh, Bantry, Co Cork on November 26.

The court was told that Ms Sloyan was like “a sixteen year old” and “infatuated with her new boyfriend (Mr McManus)” whom she had met at a promotional event in Spain.

She was working at an Irish cafe in Benidorm at the time.

However, Judge O’Donnabhain warned that the entire operation could not have taken place without Ms Sloyan’s involvement.

“This is a most significant case. I have never come across anything like this ever before,” he said.

The judge said the level of planning, sophistication and technical know-how involved in the specific drug enterprise was very significant.

The court heard that the defendants had even a special WhatsApp video whereby instructions were offered on how to use the solvent to wash the cocaine out of the clothing and fabrics.

“He (McManus), as far as I can see, had significant help in this operation from Ms Sloyan.”

“She was fully involved in a material and significant level. She fully knew what was going on.”

Ms Sloyan and Mr McManus briefly held hands as the sentencing was imposed.

The young woman, who appeared in court wearing navy slacks, a navy jacket and light blue top, remained emotionless as she was jailed for seven years, briefly holding her hand to her face.

Ms Sloyan was charged with the cocaine offence one year after a video of her in the audience of RTE’s The Late Late Show for a St Valentine’s Day special went viral.

Viewers were captivated by her reaction to the fact the show featured a Daniel O’Donnell impersonation by comedian Mario Rosenstock rather than a song by the Donegal star himself.

Video clips of the young woman’s expression in the audience switching from delight to horror when she realised that it wasn’t the real Daniel who would be performing went viral on the Internet.

The Donegal singer eventually became aware of the Internet sensation and issued his own special video invitation to meet up with the young woman at one of his concerts.

Mr O’Donnell eventually met up with Ms Sloyan in Kerry and she attended his sold-out show in the Killarney INEC in August 2016.

The court was told that Ms Sloyan had “vulnerabilities” which were identified by a Limerick Prison psychologist.

Judge O’Donnabhain said it was important she received a structured sentence and the support of the Probation and Welfare Service (PWS) on her release.

All the sentences were backdated to November 26 last.

Daniel O’Donnell ‘superfan’ is jailed for her part in cocaine factory was last modified: May 10th, 2018 by Stephen Maguire