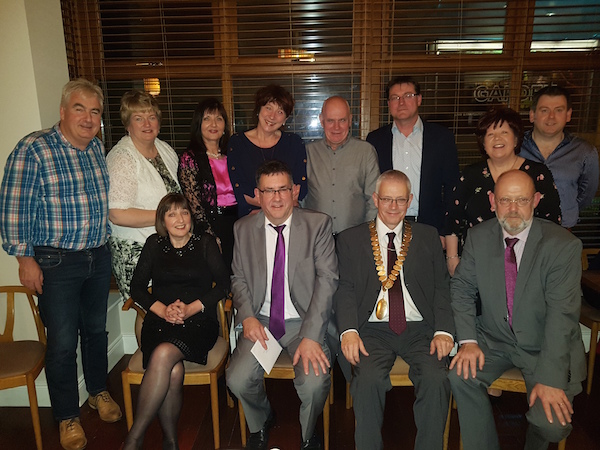 A leading member of the Association of Secondary Teachers of Ireland has retired from his post after 40 years of service.

A function was held in the Yellow Pepper Letterkenny to mark the retirement of Neil Curran, Stranorlar after 40 years service as an active member of the Donegal ASTI Branch.

Over the years Neil served in many roles in the branch including Chairperson, PRO, Treasurer, Regional Organiser and school steward for St Columba’s College, Stranorlar.

He also represented the Donegal /Sligo/Leitrim region on the National Executive of the ASTI for the last six years.

The function was attended by local branch officials and invited guests from the ASTI leadership in Dublin.

Ger Curtain (ASTI President) emphasised the importance of teachers becoming active in their local trade union branches so that their views are represented at national level.

They need to be pro-active in defending their working conditions at a time of increasing pressure from various outside bodies who are not necessarily concerned about the quality of the education system.

He added that through their unions, teachers need to protect the quality and integrity of Irish education for the future generations of students.