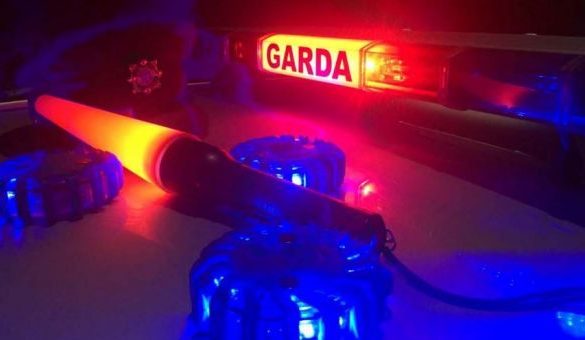 A man who led Gardai on a 17-kilometre pursuit on two disintegrated tyres reaching speeds of more than 160kph has been jailed.

O’Donnell, aged 26, was driving his Nissan Skyline car so fast that a specially-trained Garda driver could not keep up with him.

The accused faced a total of five dangerous driving charges following the pursuit which took place on March 22nd, 2017.

Judge Paul Kelly and members of the public looked at the DVD which showed O’Donnell driving through several townlands in Manorcunningham before return to his home at Drumoghill.

Gardai had initially tried to stop O’Donnell as he left Biddy Friel’s pub in Drumoghill but he evaded them.

Garda Sgt Elaine Gordan then contacted her colleague Marcus O’Dowd who had set up another checkpoint.

O’Donnell turned off his lights and refused to stop for the second checkpoint.

Gardai deployed a stinger device which deflated two of O’Donnell’s tyres but it kept going.

The in-car Garda camera footage showed two of O’Donnell wheels completely disintegrating during the pursuit but he kept driving.

Garda O’Dowd revealed “I’m a trained response driver and I was driving at 160 kph but he was still pulling away from me.”

Garda O’Dowd the stinger device does not puncture the tyre automatically but deflates them gradually after a period of about 3 to 4 kms of driving to stop the car losing control.

He managed to keep on O’Donnell’s tail before the crazed driver pulled in at his own home and went around the back in a bid to avoid arrest.

His mother emerged from the house and tried to obstruct the arrest, according to Garda O’Dowd.

Solicitor for O’Donnell, Mr Frank Dorrian, said his client had earlier passed a breath test for Gardai and was worried about failing another test.

He said he was a professional driver of machinery in Scotland and was worried he would lose his license and his job if he was over the limit.

He added that despite fleeing from Gardai he did not drive over the white line and was not a danger to oncoming traffic.

“He was utterly determined to evade apprehension. There is just no getting away for that and there is no tolerance for that type of behaviour.

“He is fortunate the car remained under some degree of control and that’s due to luck rather than skill,” he said.

He took two of the sample charges of five counts of dangerous driving and sentenced O’Donnell to four months in prison for each with both jail terms to run concurrently.

He also banned O’Donnell from driving for five years.

Driver who led Gardai on 17km pursuit on two wheels is jailed was last modified: May 16th, 2018 by Stephen Maguire
Tags:
courtdrumoghillGardaijailedmanorcunninghampursuit