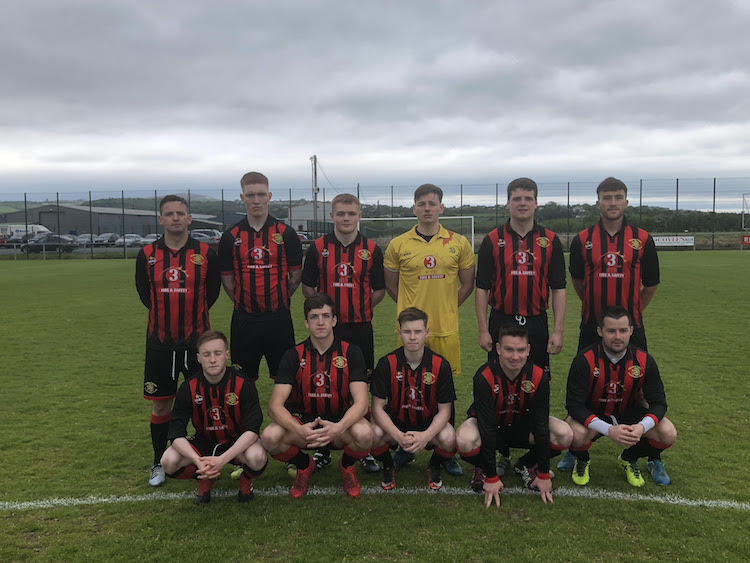 The Kildrum Tigers manager saw his side come from 2-0 down against Kilmacrennan Celtic to win the Cup 4-2 on penalties.

Goals by Kevin McHugh and Jonny Carlin forced the game to extra-time after Aidan Sweeney and Daniel McLaughlin had Kilmacrennan 2-0 up after 20 minutes.

Carlin’s leveller, in the 91st minute, teed Kildrum up to add the Cup to the Premier Division crown they secured seven days previously – that via a Damian Crossan strike, also on 91 minutes.

“It’s not good for the heart, this,” Brown said.

“We were poor in the first half and we got sucker-punched early. Last week had a bit to do with that, but we got the stall set again at half-time. We had to get the boys on the ball that we needed on the ball, the likes of Kevin – who was magnificent – and Oran Higgins.”

After spending over a decade in the Ulster Senior League – where they won three League titles – Kildrum returned to the Donegal League and are back among the elite again.

Brown won a League title with the Tigers in 2001 and has repeated the trick as a manager.

He added: “We got out of jail, but we deserved it today, I think.

“What has to go into this, it’s a wild lot of work. Fair play to the guys. We said we’d put the heads down and give this a really good shot. They got what they deserved.

Listen: Shane Brown looks back at Kildrum’s League and Cup double was last modified: May 21st, 2018 by Chris McNulty