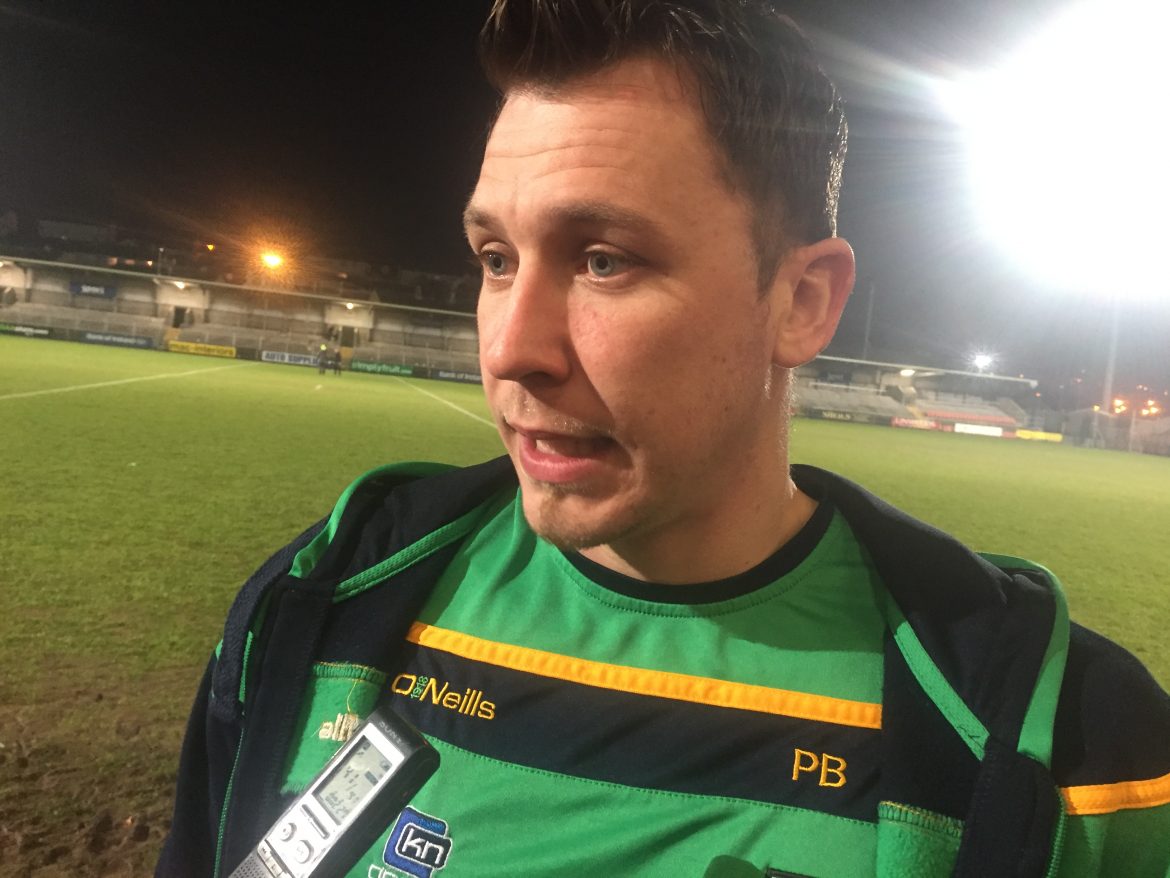 written by Chris McNulty May 24, 2018
FacebookTweetLinkedInPrint

Paul Brennan had the benefit of previous senior inter-county experience when he came into the Donegal squad.

Having played for Leitrim for a handful of seasons, half-back Brennan was well accustomed to the demands when he transferred to Bundoran and Donegal.

Brennan has managed to establish himself on Donegal’s first XV regularly now, but admits that competition for places at training means he can’t rest on his laurels.

The condensed Ulster Championship is welcomed, though, as it keeps the games coming thick and fast.

“We’re straight back at it every week again. All the nervous tension is gone and you really get going again. Every night at training you have to bring your A game and be the best you can be.

“We know where we’re at and what we have to work on to move forward.”

Much has been made of Derry’s demotion to Division 4, but Brennan says the Oak Leaf will be coming strong on Sunday.

He said: “We’re going to Derry’s back yard and there is no pressure on them. They won’t be over-turned very easy. They’ll be stylish on the ball and if we give them time and space they’re well capable of an upset.”