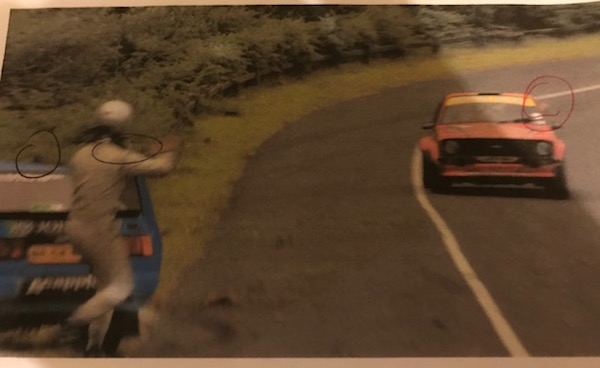 One of Donegal’s most popular rally crews has been banned from defending the National title they won at last year’s Joule Donegal International Rally.

Damian Gallagher and Mac Walsh were due to defend their title at the upcoming event in just three weeks time.

But following a lengthy correspondence with Motorsport Ireland, the duo found themselves without licenses for the 2018 season.

The pair were called before the sport’s governing body after an anonymous letter was sent to the authority.

There then followed a tribunal of enquiry hosted by Motorsport Ireland at which the pair pleaded innocent to the claims made against them.

It was alleged that the Letterkenny team failed to stop after fellow driver Kevin Eves spun off on the Knockalla stage of last year’s event.

Gallagher and Walsh claim that they were given the all-clear to pass Eves by the driver himself and by his navigator.

This incident was caught both on video and still photo footage.

Eves himself also gave evidence in the investigation and backed Gallagher and Walsh.

However, Motorsport Ireland found the Donegal pair to be in breach of the competition’s rules and issued bans. 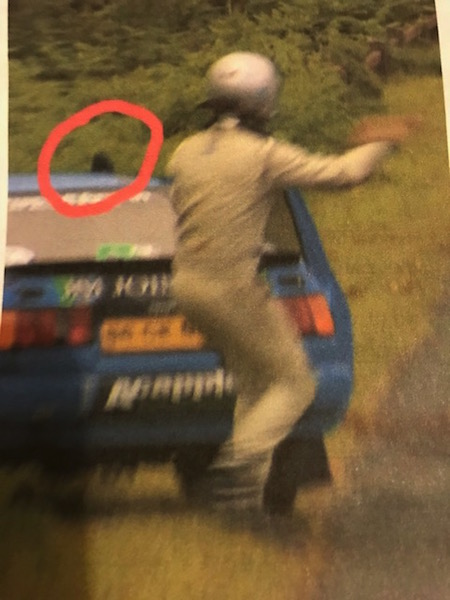 Kevin Eves (circled) gives the thumbs up to Gallagher and Walsh and he passes them on Knockalla.

The Donegal Motor Club are understood to be very disappointed by the bans handed down to the pair but have so far not issued a statement on the matter.

Asked to react to the development, Gallagher and Walsh have issued the following statement.

“It is with deep regret that Damian Gallagher and Mac Walsh, winners of the 2017 Donegal National Rally, find themselves unable to defend their title in 2018.

“Following a protracted legal battle with Motorsport Ireland, the Donegal crew find themselves without licences for the 2018 season.

“It later transpired that Kevin, unknown even to him, had injured his ankle and required medical attention, resulting in the stage being stopped and the medical team being brought in. Kevin had broken his ankle, an injury which was successfully treated in Letterkenny General Hospital later that evening. Kevin confirmed details of the incident and stewards review later that evening found there was nothing wrong with the handling of the incident, either by the relevant crews or the MI stewards on site.

“Months later, Damien and Mac were summoned to an MI tribunal in Dublin at which the simple rule was applied ‘No OK board = STOP’. The testimony of Eves made no difference and a licence suspension was applied. A lengthy legal battle has followed which Damien and Mac have recently lost as MI continued to apply their bottom line, ‘No OK=STOP’. As a result, Damien and Mac cannot defend their Donegal title, which they battled for over 20 years to achieve.

“They would like to state their appreciation for their sponsors over the years and to thank the thousands of spectators who turn out annually to support the event. They wish the 2018 Donegal International Rally every success and hope to return to the sport they love in the very near future.”