Motorsport Ireland has said that banned rally duo Damian Gallagher and Mac Walsh never appealed the decision to suspend them from driving.

The well-known Letterkenny team have been prevented from defending the National title they won during last year’s Joule Donegal International Rally.

But in a statement to Donegal Daily today, Motorsport Ireland said the findings of their tribunal was published last December.

The following is the full statement from Motorsport Ireland in relation to the suspension of the competition licences of Damien Gallagher and Mac Walsh. 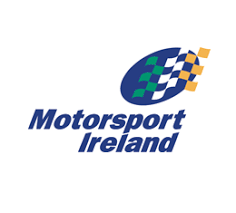 “Over the last number of days, the Motorsport Ireland office has received a number of correspondences with regards to the suspension of the competition licences of Damien Gallagher and Mac Walsh.

“Yesterday, a petition was created online on behalf of Mr. Gallagher and Mr. Walsh asking for their licences to be reinstated. On the same day, an article appeared on the website, donegaldaily.com which included a joint statement from both Mr. Gallagher and Mr. Walsh. Motorsport Ireland are disappointed that they were not contacted by Donegal Daily before the article was published.

“In the interests of balance, we would like to point out that the findings of the tribunal were published by Motorsport Ireland on December 1st 2017, over 6 months ago.

“They are available to view on Motorsport Ireland’s website since that date and they were also emailed out as part of a bulletin to everyone on the Motorsport Ireland email list. Mr. Gallagher and Mr. Walsh accepted the findings of the tribunal and were reminded of their right to appeal the decision. They did not appeal the decision of the tribunal.”

This Tribunal of Inquiry was convened in accordance with General Competition Rules
(GCRs) Chapter 16 following a referral by the President of Motorsport Ireland, to
consider certain matters arising from the Donegal International Rally (National
Section) on 16/17/18.6.17.

1. To investigate the actions of the crew of car number 21, Damien Gallagher/Mac
Walsh, at the above event when they came upon the accident of car number 22 on
stage 8.

3. To make such order as appropriate in all the circumstances.

FACTS OF THE CASE:
During the Donegal International Rally (National Section)
held on 16/17/18 June 2017, car number 22 driven by Kevin Eves and navigated by
William Lynch was involved in an accident near the start of Stage 8, Knockalla.
Despite the fact that the accident was clearly visible from the start of the stage, the
next car in, car number 21, driven by Damien Gallagher, and navigated by Mac
Walsh was started as scheduled, 30 seconds behind car number 22. Both Mr
Gallagher and Mr Walsh said that they had seen the accident to car number 22
happen while they were waiting to start the stage. Car number 21 was the first
competing car to arrive at the scene of the accident. There was no “OK” board on
display, but they did not stop, as required by article 3.7 of Appendix 29, Motorsport
Ireland 2017 Yearbook, despite the fact that the navigator of car number 22 tried to
stop them. The crew of car number 21 did not inform the next radio point as per
article 3.7 above. However, they did record a stage time. Mr Eves suffered a broken
ankle requiring surgery.

DECISION:
The Tribunal, having carefully considered the evidence presented,
including two videos of the accident shot from different angles, and submissions from
the MI Presenters and the legal team for Mr Gallagher and Mr Walsh, decided that
Mr Gallagher and Mr Walsh were in breach of Article 3.7 of Appendix 29 of the MI
2017 Yearbook.

The competition licences of Mr Gallagher and Mr Walsh are suspended
Internationally for a period of 18 months from 1 January 2018 with the final 8 months
of this suspension itself being suspended, only to be enforced if the respondents are
found to be in a further breach of the MI rules. In addition, the respondents are each
fined €500.

Furthermore, the respondents are jointly responsible for the costs incurred in this
Inquiry, in accordance with Article 13 of Chapter 16 of the General Competition Rules
of MI.

REASONING:
The Tribunal found the respondents to be in breach of Article 3.7 of Appendix 29 of
the MI 2017 Yearbook and imposed these penalties because it considered that the
respondents had decided not to stop at the accident, provided they could avoid the
accident. Mr Gallagher should have stopped and Mr Walsh should have told him to
stop. The video evidence viewed, two in all, one provided by MI and one provided by
the respondents, showed the same sequence of events and timeline. The legal
representatives of the respondents suggested that the video provided by MI may
have been altered or edited. The video evidence clearly showed that car number 21
ignored marshals waving a yellow flag just before the accident scene, and continued
at speed with the only concession to the accident being to take a slightly tighter line
into and out of the corner and a slight “lift” when passing the crashed car. The
respondents completely ignored the navigator from car number 22 trying to stop
them. Mr Gallagher admitted that he saw the marshals waving the yellow flag just
before the scene of the accident, he also said that he saw a “thumbs up “ from the
driver and he thought he saw a green flash in the hands of the navigator of car
number 22. The navigator of car number 22, Mr Lynch, clearly stated that he was
trying to stop car number 21.

Article 3.7, Appendix 29, is absolutely clear – No “OK Board” you must stop – no
discretion at all. Also you must report the matter to the next radio point. The
respondents did not do this either. The legal representative for the respondents,
argued that there was some discretion in judging a situation. This is not the case.
The members of the Tribunal consider that the safety and wellbeing of competitors
and spectators alike is the overriding factor in motor sport and in this case the
respondents ignored the rules and the principles of safety. The rules in relation to
SOS/OK boards were emphasised at Drivers’ Briefing.
This decision was laid down at 9pm on Monday 30 October 2017. All concerned are
reminded of their right of Appeal in accordance with the provisions of Article 10.2 of
Chapter 16 of the GCRs.